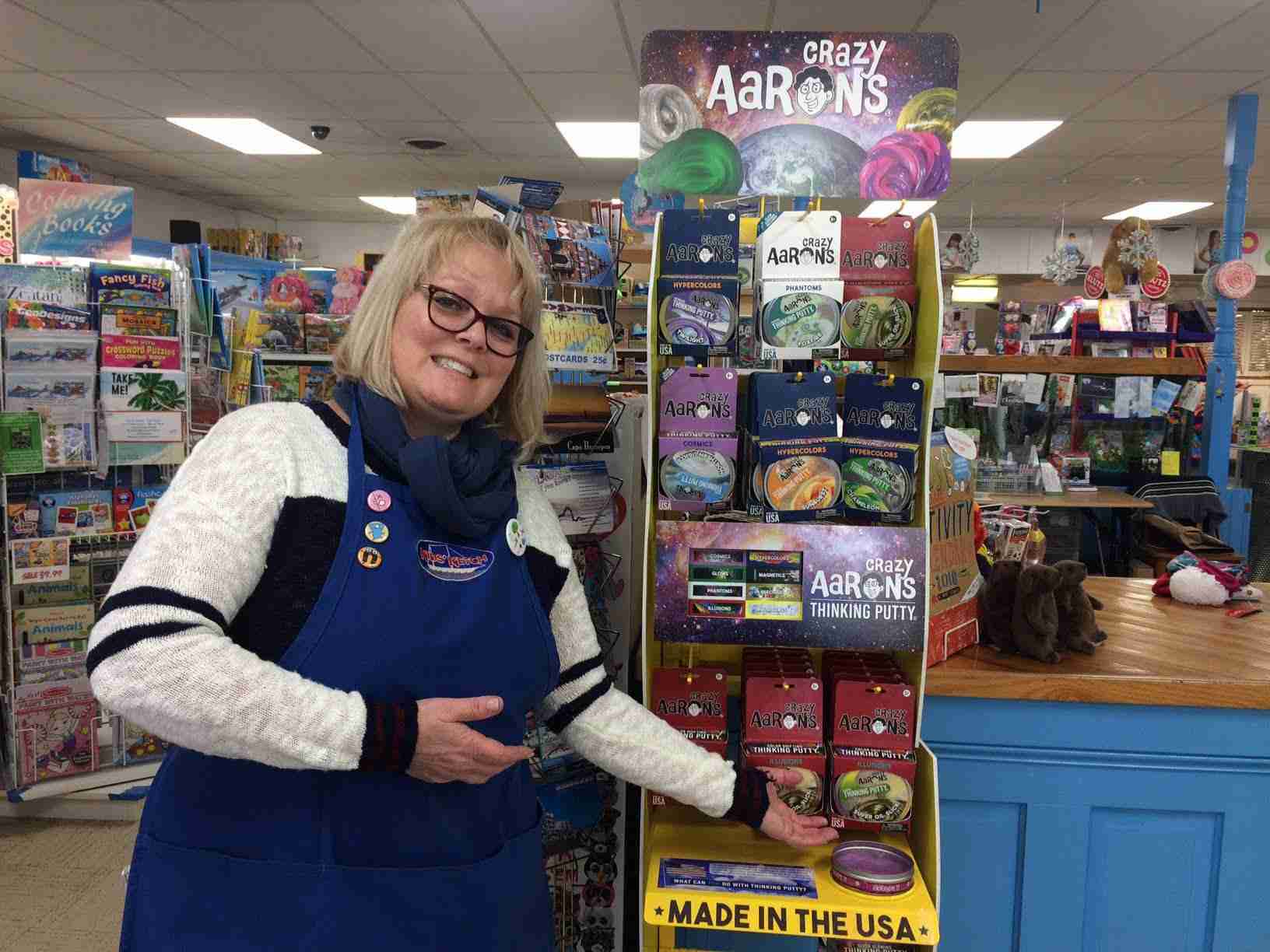 Not quite teenagers, eight to twelve-year-old kids are by nature quite fickle. Quick to call a toy babyish, they definitely know what they like when they see it. When they latch onto a trend, it can spread like wildfire. Read on to discover how four toy stores in different locales cater to this mercurial age group. They’ll reveal how they stay current on what’s trending in order to keep ringing up strong sales. 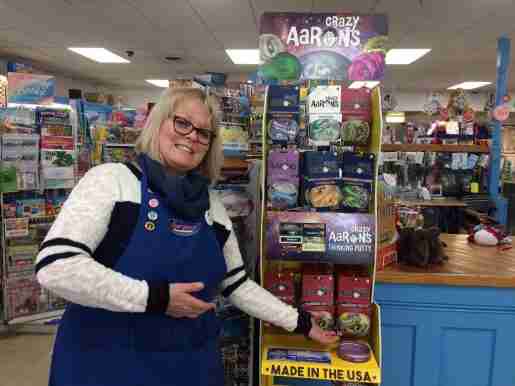 Diane Poling, Kids’ Ketch sales associate and mother of a tween. Building on the fad that fidget spinners created, toys that are manipulated continue to be popular, according to the store’s owner.

Toys with a distinct sensory component are capturing kids’ attention these days. Just ask Teresa Ford at Kids’ Ketch in Lewes, Del., who noted that slime and slime-making kits are all the rage among 8-to-12-year-olds. So are Squishies, the brightly colored foam toys that come in a variety of cute little animals plus bakery-inspired (and scented) shapes and sizes. Chalk up their popularity to social media where both these products have garnered a lot of attention. “Kids learn about products that way, and recognize them as soon as they see them in the store,” said Ford, who owns the 3700-square-foot retail space. “Kids this age want to be in on the fads, and often the fads are all about silly things that adults just don’t ‘get.’ Building on the fad that fidget spinners created, toys that are manipulated continue to be popular because kids just love to have something in their hands to fidget with! If they can get creative with it – all the better.” Craft kits build on that theme with Ford stating that Linkt Craft Kits distributed by Neat-Oh! sell well as do ones by Ann Williams. “They both feature more sophisticated packaging and are geared toward the older child, thus making them popular to the kids who feel they have outgrown some of the other craft kits.”

Other tween favorites at Kids’ Ketch are Crazy Aaron’s Thinking Putty, the ubiquitous cell phone accessory PopSockets, and any of the Magic Sequin products which include backpacks, journals, purses and more. A puzzle/manipulating gadget known as the Amazing Star Cube by California Creations is popular as are Geomatrix magnetic building sets by the same company. “Geomatrix blocks are small in size, but are very open-ended in what can be created,’ said Ford. Plus-Plus blocks have also proven to be a big hit. “It’s just amazing what kids can create with them. The kids I saw working with them were really involved, and impressed with their creations.  Because the pieces are small and come with relatively little in the way of instructions, they are best suited to the older kids.” Ford stays current with what is hot in the toy world partly by way of her employees’ kids. Since several have children in the 8-12 age range, they keep her posted on what kids are doing and talking about at any given time. She also relies on her sales reps to recognize emerging fads so Kids’ Ketch can catch the wave early. Toys that appeal to tweens are always front and center in the store. “They can’t come in without seeing them. The goal is to get them into their hands so they can see the appeal for themselves,” Ford concluded. 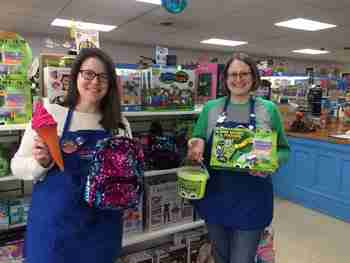 Katey Bickel and Kathleen Esposito, sales associates at Kids’ Ketch and mothers of tweens and teens. “Kids this age want to be in on the fads, and often the fads are all about silly things that adults just don’t ‘get,’ “ the store’s owner said.

Squishies are an irresistible draw at Grandrabbit’s Toy Shoppe in Boulder, Colo., too, as are Magic Sequin products. “Girls just love the way the sequins on the diaries, pillows and little bags change colors when you push them in different directions,” said Store Manager Molly Armantrout. Meanwhile, Ninja Warrior Slack Lines have captured the imagination of eight to twelve-year-old boys. The nylon ropes basically function as tightropes with added obstacle and agility challenges like monkey bars and rings for swinging. One version features a net for climbing. “Usually when they’re looking for an outdoorsy toy, we point them in that direction,” she said. In addition to a large retail presence in Boulder, Grandrabbit’s Toy Shoppe boasts locations in Westminster and Broomfield, Colo. The three stores have always strived to offer high quality, aesthetically pleasing playthings that contribute to a child’s learning and development. As a result of that philosophy, many STEM-related toys line the shelves and these appeal to tween girls and boys alike. Robotics and snap circuits are very popular as are science kits. “Thames and Kosmos is one of our top-selling brands as well as HEXBUG. Kids in the 8-12 age group just love HEXBUG’s Micro Robotic creatures,” Armantrout added.

Key staff from Grandrabbit’s Toy Shoppe attend toy fairs to scout out new products and their buyer logs a lot of internet time to stay atop of current and upcoming trends. In order to sell more toys to this or any age group, Armantrout says the key is to make sure all employees are educated about existing merchandise. “We always make sure that staff members have their go-to’s for certain age groups,” she said. The store also relies on young toy testers aged six to fourteen who come in and try out the toys. They’re usually the children or grandchildren of employees but 40 years in business means the word is out. Frequently, neighborhood kids will come in and ask to be toy testers too. After all, it’s a fun job! “And then often, it is just us, the staff, playing with games and toys. But it is fun and informative to see young kids try stuff out and discover what intrigues them, what they like about a product, or don’t like,” she said. 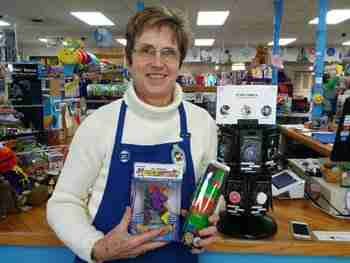 The giant, round fuzzy stuffed animals known as Squishables are a hit with tweens at Pufferbellies Toys and Books in Staunton, Va. PopSockets rule and interestingly, so do Da Bomb bath fizzers among girls and boys. Designed by a pair of teenage sisters, the fragrant bath bombs are hand-made in the U.S. and each contain a fun surprise in the middle. Sure, there are more girly varieties like Cherry Bomb and Bling Bomb but varieties such as Galaxy Bomb, Ninja Bomb and Bug Bomb loop in both genders. “They’re not a toy but they’re not grown up, although grown-ups do buy them and like them,” said Susan Blanton who co-owns the store with her daughter Erin. “The bath fizzers are just really fun, they’re surprising and they smell great. And parents like them because they get their boys to take baths.”

Pufferbellies relies on Instagram to keep current on what is trending amongst tweens. They follow all kinds of Instagram accounts including those of toy companies and other toy stores. “We’re in a small town in the Shenandoah Valley. Sometimes trends reach here a little later than they reach other places. So, we get an inside line from some other stores that we’re friendly with,” said Blanton. “Trends with teens move pretty fast. And Instagram moves fast and helps us keep up. Sometimes by the time a print catalogue gets to you, the trend has passed.” To increase sales, Erin Blanton posts Facebook videos that a lot of tweens in their area follow. “The videos show un-boxing of things that are popular and that drives the kids into the store. Once they know a product is here, then they tell their friends and their friends come in. It tends to spread virally, especially when school is in session,” Blanton said.

Tweens look for things to keep their hands busy according to Flora Steltzer, owner of family-run Shananigans Toy Shop in Baltimore, Md. She attributes the popularity of Crazy Aaron’s Thinking Putty, Play Vision’s DNA ball and Tangle Jr. Original Sensory Fidget toys in her 1,100-square-foot store to this trend. “A lot of teachers will even allow the kids to have them in class. And these toys are not distracting like fidget spinners that tend to make noise,” she said, even while noting that spinners’ popularity appears on the wane. Shananigans stays current by listening to the kids who come in and their parents who will ask for things. “And we rely on our reps. We are really lucky in our area. We have some wonderful toy reps.” Increasing sales to this age group is a matter of trying to stock the things the kids want, according to Steltzer. “They want toys that keep their hands busy but also itch to keep up with their peers.”