Toy Trends for This Year and Later 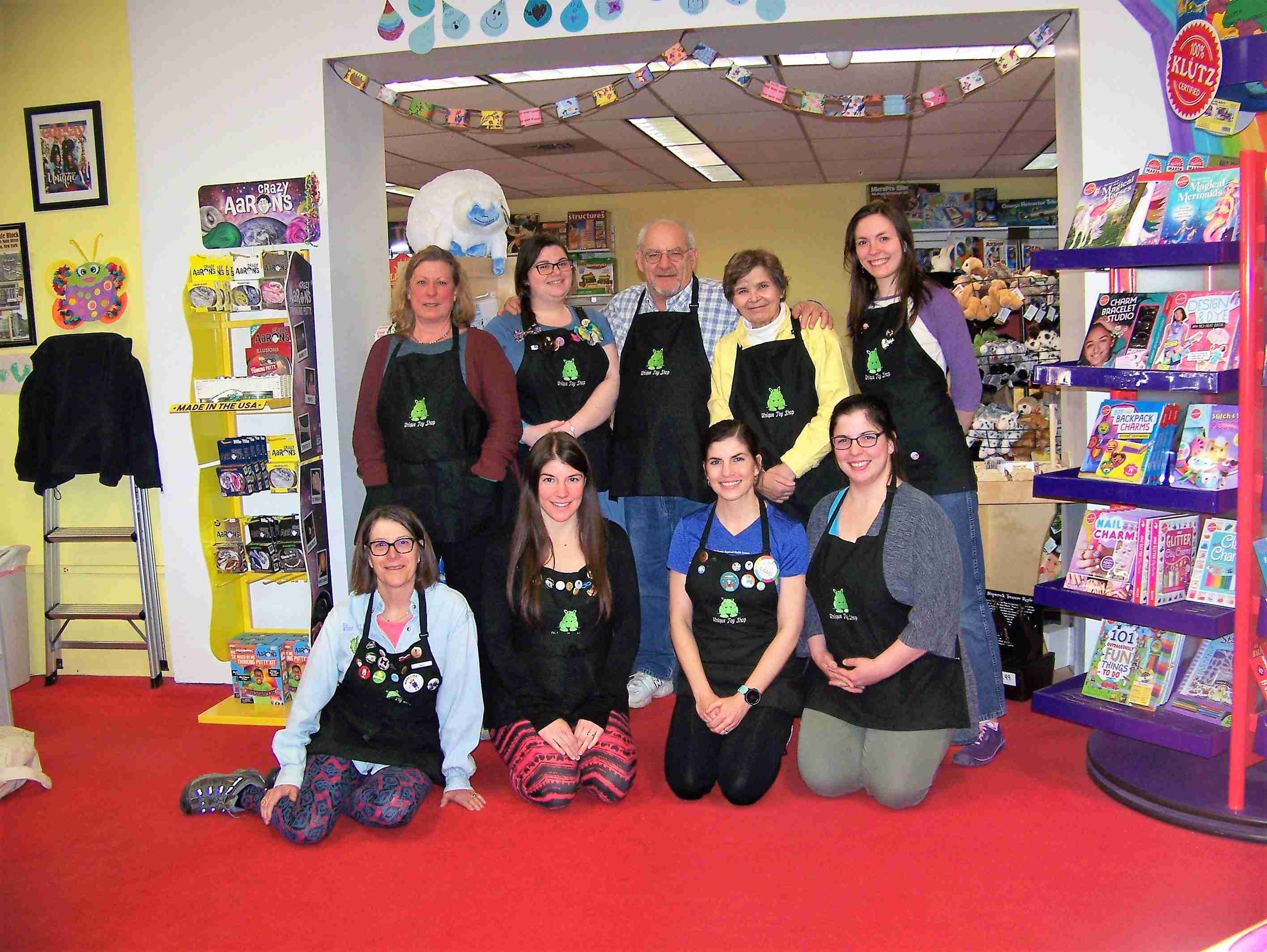 Sensory playthings, science-related toys and quirky “surprise” packages are among the hottest trends in toy stores around the country, retailers interviewed for this article said.

With parents increasingly concerned about the effect of screen time on young children, Katy McCarthy-Hodock, owner of Unique Toy Shop in Canandaigua, N.Y., is doing a brisk business in tactile, screen-free toys that encourage creative play.
“People are starting to realize that play is so important in the evolution of children,” said McCarthy-Hodock, who recently expanded the shop to 3,000 square feet. At Unique Toy, “we have nothing technological, no screens anywhere.”

For infants, recent best-sellers include the “Winkel” rattle and sensory teether from Manhattan Toy and “baby paper,” a crinkly, sensory object that stimulates newborns. Classic books, like “Good Night Moon” and “Guess How Much I Love You,” sell consistently well, McCarthy-Hodock said. 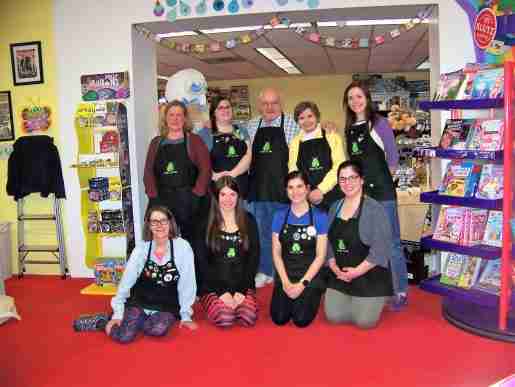 Unique Toy Shop LLC, Canandaigua, N.Y., staff members, are, from left to right, seated: Poly Mayne, sales; Libby Judd, manager; Mary Kiehle, manager; and Laura Johnson, sales. Pictured standing, from left to right, are: Lynn Flynn and Brooke Tillotson, sales, Jamie Hodock, owner, Katy McCarthy-Hodock, owner and Allison Fisher, sales. According to Jamie Hodock, “We are so lucky to have one of the finest staffs any employer could have. They are all dedicated employees who enjoy what they do.”

McCarthy-Hodock and other retailers said the most popular toys are likely to be unisex and suit a variety of ages. At Unique Toy, “we sell a lot of science toys,” she said, noting that both boys and girls enjoy volcanoes and robot-building kits.
Construction sets, like LEGOs, also fall into that unisex, multi-age category, and are going strong at Timbuk Toys in Denver, Colo., said Manager Silvia Von Feldt. LEGOs also “have been around for awhile, so parents can relate to it,” Von Feldt explained. “They remember playing it themselves.”

Wooden train sets, with rails that can be configured multiple ways, are another top toy at the Denver store. “Thomas the Train is still around, and it’s a big hit with the younger ages,” Von Feldt noted.

Timbuk Toys expects both the train sets and LEGOs to stay strong into the future, along with the Calico Critters, cute little sets of animal families with dollhouse accessories. What all those toys have in common: They’re great for both genders and encourage children “use creativity and imagination to build, and make pretend play,” Von Feldt said.

That’s what parents want for their children, especially “because of screen time issues,” noted Christine Johnson, manager at Miracle Mile Toy Hall in Los Angeles, Calif. In the era of virtual reality, “they’re looking to connect with something physically.”

Top sellers at Miracle Mile include “anything sensory,” like kinetic sands or Mad Matter modeling dough, a variation on Play-Doh. Toys that inspire feeling, touching and open-ended activity “give you an extra dimension of play,” said Johnson. The aforementioned best-sellers share a “great price point” and appeal both to kids and the adults they play with.

Squishies, the squeezable toys in cartoon-like shapes, and “slimy stuff” are among the sensory toys that are top sellers at Toy Town in Casper, Wyoming, said Owner Dalene Lockhardt. Squishies “are another …thing like the finger spinners, but they’re quiet,” Lockhardt explained. “One person gets one, and then everyone has to have one.”

Anything with unicorns and superheroes does well at the 3,500-square-foot store, which earns nearly a half-million dollars annually, said Lockhardt. Plush, a perennial favorite, is selling out in unicorns and sloths — trends that perhaps defy explanation.

But another new-ish phenomenon — the surprise package — is a sleeper hit that is likely to be even more popular in the future, retailers said.

Lockhardt has seen sales rise for so-called “blind bags,” filled with a variety of cute items. “People like to be surprised at what they get,” she explained.

In Berkeley, Calif., “blind box” packaging — boxes filled with surprise toys around a theme or brand — “has been on the rise for a couple of years,” reported Erik Bigglestone, managing owner at Games of Berkeley. “And within the category, there are sub-trends.”

Bigglestone’s store has done well with blind boxes full of hard plastic and resin figurines from Clever Idiots, “a brand that’s exploding,” he noted. Like many of the items popular with Berkeley shoppers, Clever Idiots has an off-kilter edge, featuring cats dressed as sushi and mushrooms.

Not every blind box has been successful at the 11,000-square-foot emporium. Bigglestone said a line from Ty, a popular plush brand, went nowhere — perhaps because its wares and packaging were too prosaic for the blind box customer.
And Games of Berkeley has been reducing its stock of LEGO mini figures, as the giant brand has imposed onerous minimum purchase requirements.

Bigglestone leaves those more mainstream brands to the big-box chains, focusing his store on “more whimsical, crazy-looking stuff,” he said. After moving recently into an 11,000-square-foot space near Berkeley’s University of California campus, the shop — whose main business is in board games — has transitioned from “realistic” plush to quirkier items that appeal to the college crowd.

Recent winners have included several wackier Gund lines, including Pusheen — which looks like a hybrid of an emoji and an animé cat — and Gudetama, which Bigglestone described as “an egg with clinical depression.” Both lines include plush, blind boxes and smaller accessories like key chains.

“We ‘re really kind of embracing the novelty things,” Bigglestone said. 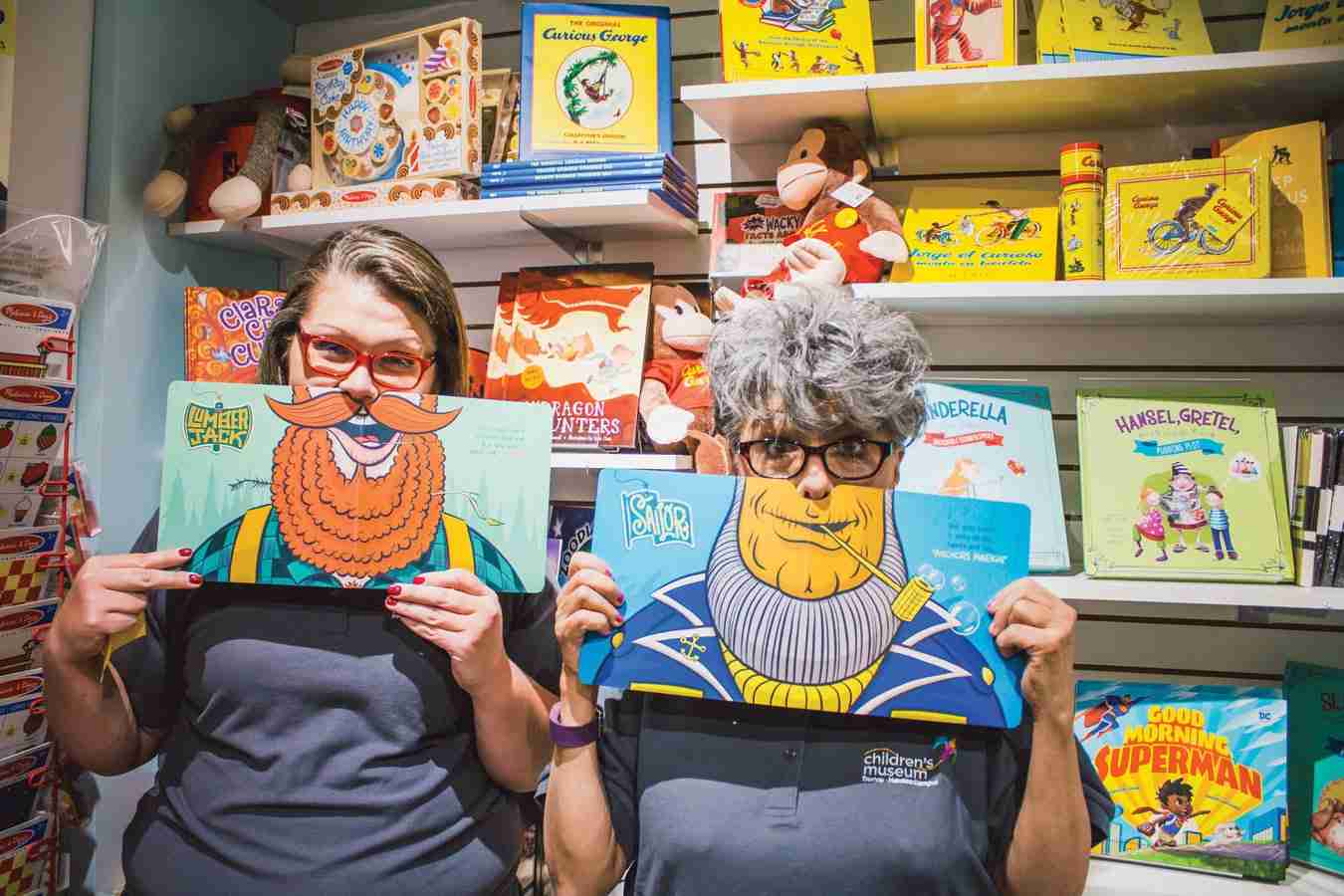 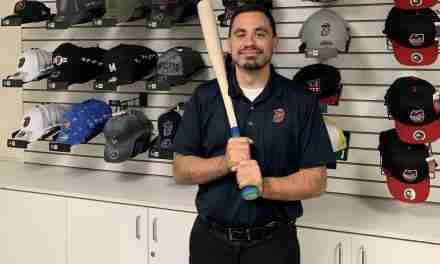 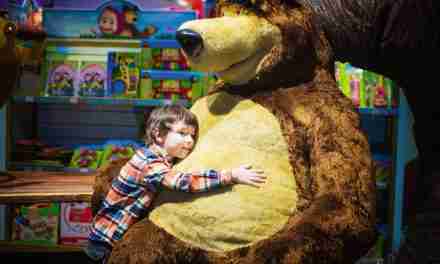 Sales of Children’s Gifts and Toys at Toy Stores 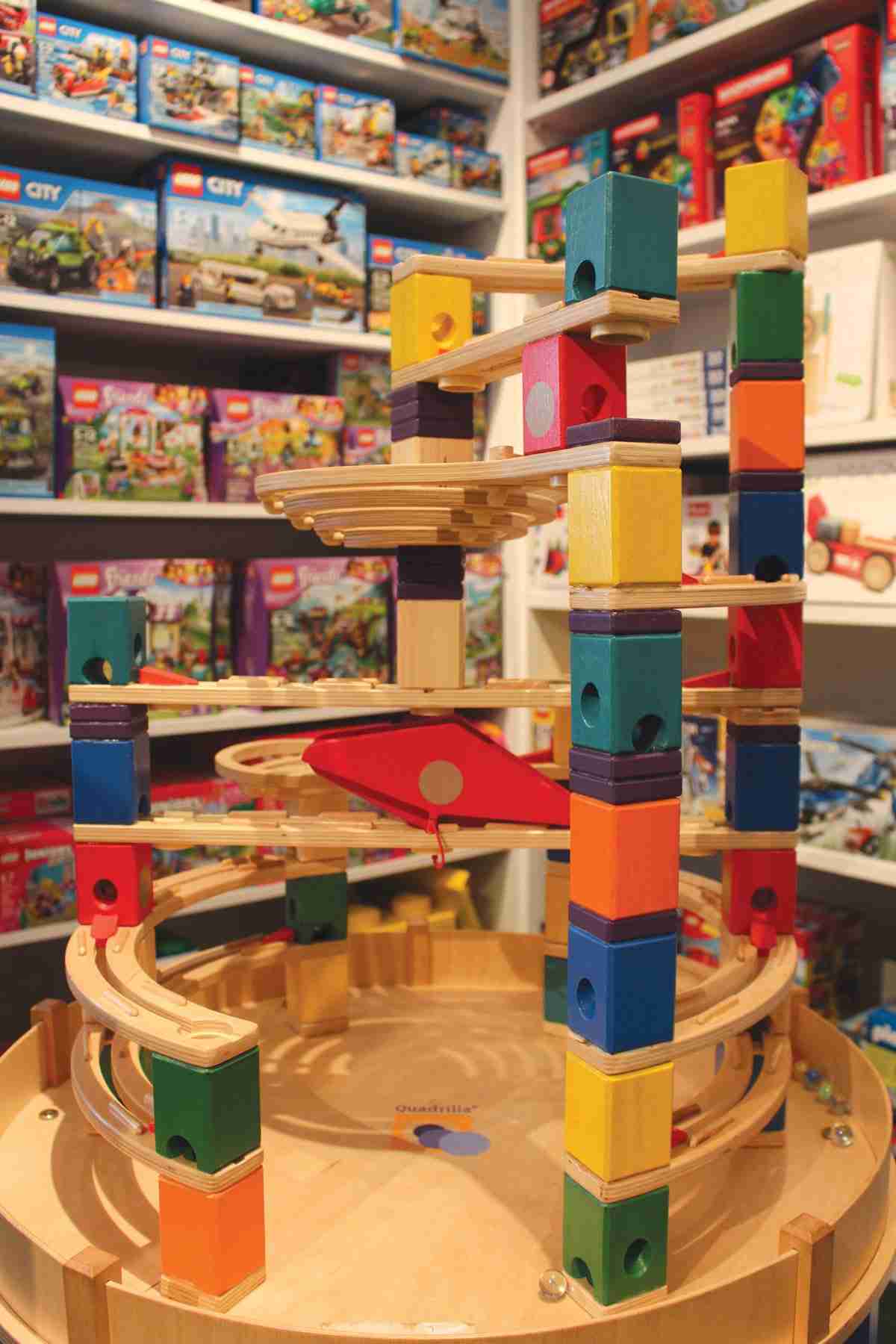