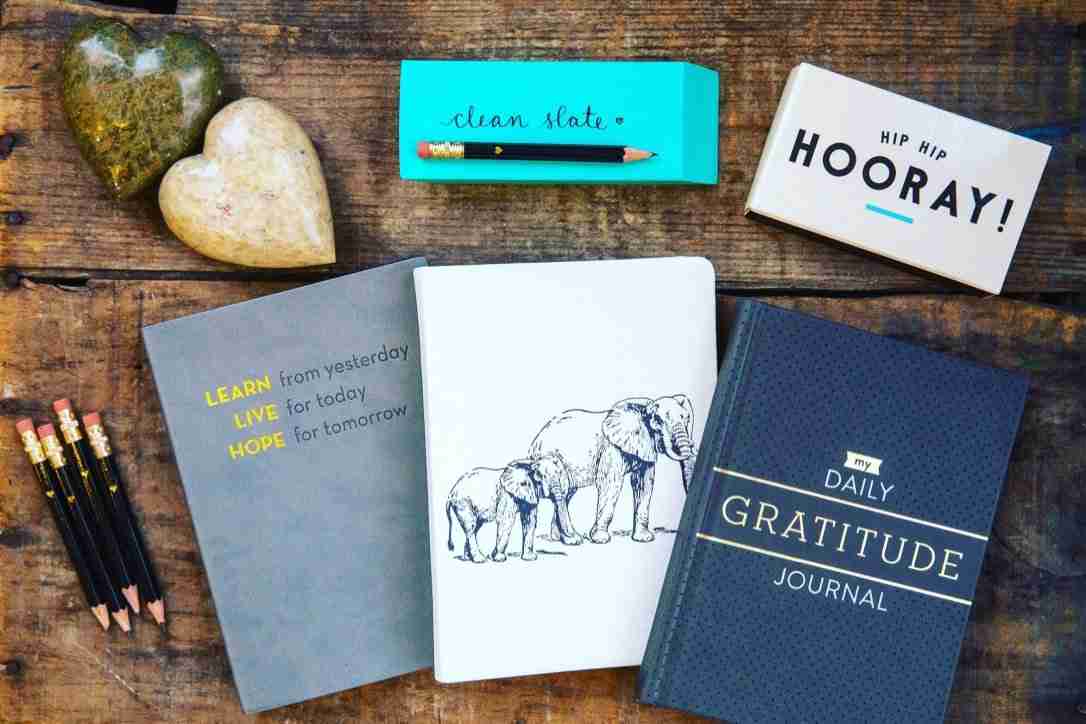 Seaside mementos never go out of style and people love the crisp look of nautical décor in their homes, sometimes even miles from the nearest ocean. Read on as four shops in coastal locales identify some of their more popular sea-themed gifts and home décor items plus share tips on how they increase sales.

At Seashell Cottage in Ogunquit, Maine, whales loom large. “People love whales – any size, any shape, any material. I have recycled tin whales, wooden whales, pictures of whales. I have salt and pepper shakers shaped like whales, butter dishes. People just love them and they sell,” said Owner Marcia Mansfield. Her 1,200-square-foot store is very artfully staged – in fact, Mansfield prides herself on her merchandising abilities. “When you walk into my shop, you want to stay here. Most people stay an hour or more. I’ve made every single section look like home. When you walk in and over to the glass shelves, everything on those shelves is looking at you. Everything on the right is curved towards you, everything on the left is the same way. Customers feel like they’re being invited in,” she explained. There are also lots of end tables displaying merchandise – some are shaped like boats – and there are benches too.

Passerby are captivated by Seashell Cottage’s window displays. Mansfield changes the showcased items constantly – however, she always likes to have something that might be glittery and/or features moving elements on display. Recently it was a mermaid lamp whose tail portion lit up and sparkles flew all around. “Motion gets people’s attention. I put something in my window every night that compels people to stop. And often when I’m here early in the morning, people spend two or three minutes gazing at my window display, absorbing everything that is in it,” she elaborated. Her final thought on how to sell more merchandise is rooted in customer service. “Greet everybody who walks in the door. Welcome them, offer them assistance as needed. Customers appreciate it,” she concluded. 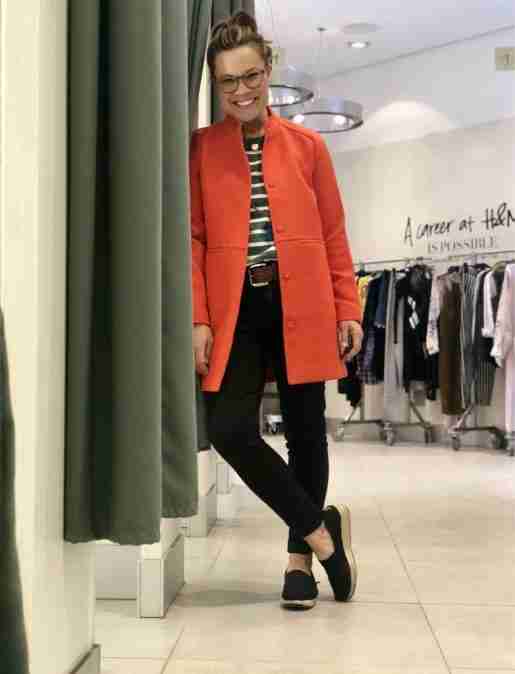 Creative Director and Owner Maili Lafayette of Beachology in Old Orchard Beach, Maine, has a background as a film and television stylist, costumer and designer.

Postcards and coasters featuring sea and beach images are among the most popular sea-themed gifts at Islands Mercantile on Kiawah Island in South Carolina. The 3,000-square foot retail establishment store is designed to capture the relaxed look and feel of its setting and those two items certainly represent the intended frame of mind. “I believe our postcards and coasters sell well because the artwork featured on them is really nicely done. We also have them on a very neat and accessible display. It’s easy to shop and very eye-catching. The coasters, in particular, make great gifts and the price is very reasonable,” said Owner and Merchandise Buyer Avery Smith. As for enticing customers to buy higher ticket gifts and home décor items, Smith singles out the merits of strategic merchandising. That is the key. “Shopkeepers need to romance the product to really showcase the more expensive items so customers can see the value,” Smith concluded. 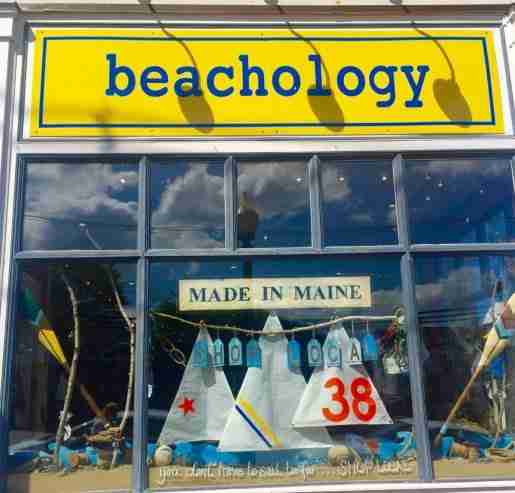 A display window at Beachology. Inventory is changed up regularly at the store.

The most popular sea-themed gift at the Mystic Seaport Museum Store in Mystic, Conn., scores points for originality. It is a deck prism – an item commonly laid flush into the decks of seafaring vessels in the days before electricity. It was a clever way to draw light down below decks. The Mystic Seaport Museum Deck Prism is an exact reproduction of the prisms used aboard the Charles W. Morgan, Mystic Seaport Museum’s National Historic Landmark. Guests go aboard the ship during their visit and see the deck prism in action. Later when they visit the Museum Store, they can watch a video of how the prism was installed in the Charles W. Morgan and see yet another prism in place in a faux ship that is actually a display fixture holding plush novelties. All these prompts quite naturally lead to a desire to purchase a deck prism as it makes a perfectly versatile souvenir and home décor item. The 8,300-square-foot store (which includes a Bake Shop and a Book Store) sells hangers and prism lights so guests can use the prism in the garden, window, or as a nightlight. “The best part is we have had several guests send us photos of how they have used the prism throughout their homes. Someone even installed deck prisms into their patio!” said Chanel Champagne McCoy, the Museum Stores director. 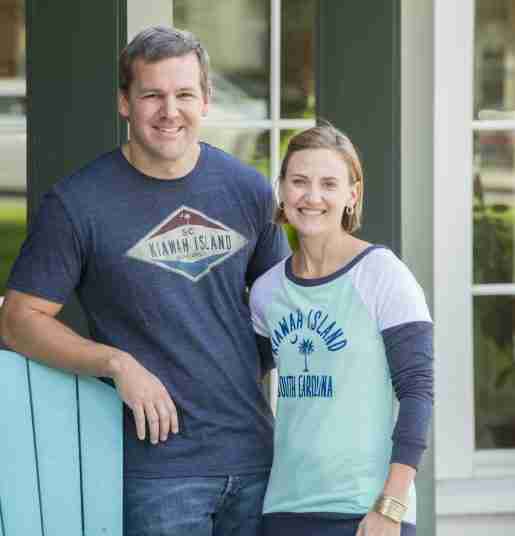 The Mystic Seaport Museum Store sells several expensive gifts and home décor items. “The trick is to achieve a balance so the guest has the opportunity to buy something affordable but also buy something extra special,” McCoy continued. Chelsea Clocks and high-end ship models represent a couple of the store’s more expensive but top-selling items. McCoy recommends having in-depth conversations with vendors and learning as much as possible about a product. For instance, the Chelsea Clock vendor was happy to come in and educate her team on these magnificent instruments. Staff gained more confidence which truly helps move items because they are excited to share what they know with guests. 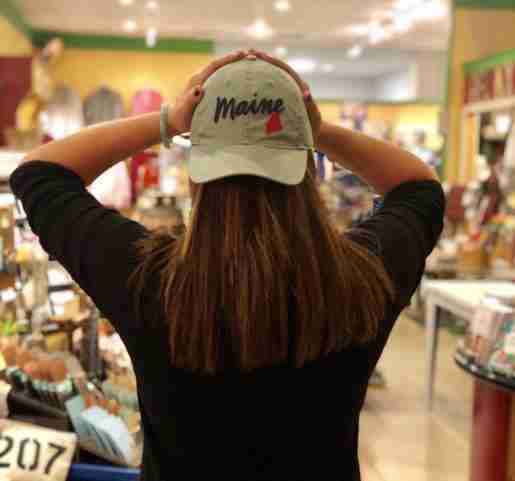 Old Orchard Beach regulars and local residents make up the customer base for Beachology.

At Beachology – a thoughtfully stocked gift shop in Old Orchard Beach, Maine – sweet little scenes composed entirely of sea glass and then framed rank among the top-selling sea-themed gifts offered. Not quite four-by-six inches, the pictures may be small but by their very nature they are unique, and each scene depicted is an original. It is the kind of item customers can expect to find inside the eclectic 4,200-square-foot store. “We change our inventory up often so that people who are regulars see new things all the time,” said Creative Director and Owner Maili Lafayette. She has a real eye for display and her creative process no doubt gets a boost from her background as a film and television stylist, costumer and designer. “It’s more of an instinct than an exact science,” she says. 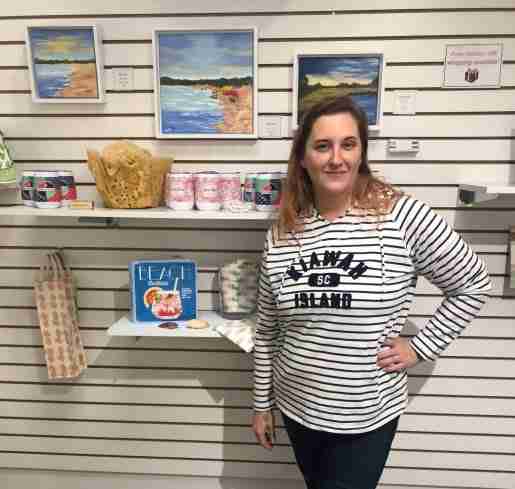 Store Manager Ashley Hubbard of Islands Mercantile on Kiawah, S.C. Postcards and coasters with sea and beach images are among the most popular sea-themed gifts at the store.

Beachology strongly believes in supporting local artists. Some of the shop’s more expensive gifts and home décor items benefit from their Made-in-the-USA status or the fact they are constructed from recycled materials. Lafayette touts those as key selling points when catering to her built-in customer base – namely, generations of Old Orchard Beach regulars and local residents. “If they have a memory of visiting Old Orchard Beach as a child and they live close enough, they want to repeat the experience for their own kids,” she concluded.

Who Is Buying Your Home Décor Items and Why?

Vacation homes are plentiful in and around Ogunquit, Maine which is a boon to Seashell Cottage. “A lot of husband and wife teams come in, intent on decorating their second or possibly their third home. They’re only here seasonally and they have money to spend. I try to fill my shop with high-end things that are very, very different, not typically found elsewhere,” said Owner Marcia Mansfield. 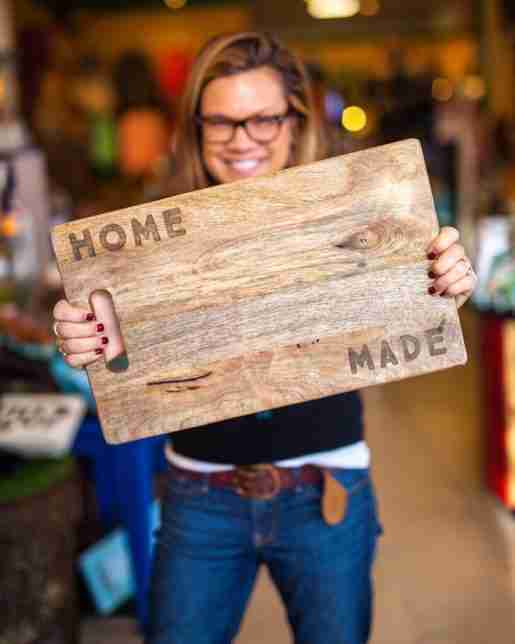 Maili Lafayette, creative director and owner of Beachology in Old Orchard Beach, Maine, photographed with a cutting board. Local residents visit the store in the off season.

Sales at Islands Mercantile on Kiawah Island, S.C., are driven by the vacation atmosphere. “Most of our customers are buying things for friends and family at home or as a souvenir to remember their time here,” said Owner and Buyer Avery Smith. 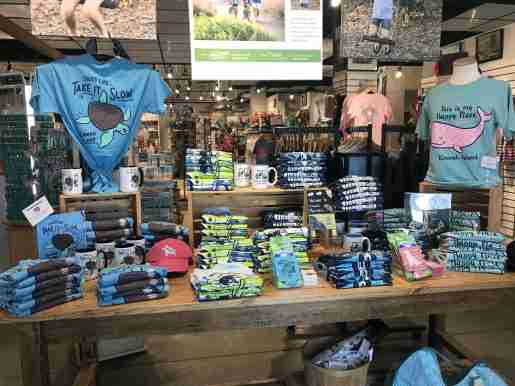 A T-shirt display at Islands Mercantile reflects the relaxed feel of the locale.

Approximately 22,000 tourists a month enter Beachology in Old Orchard Beach, Maine, during the summertime. During the off-season, locals who prefer to avoid the summer crowds will frequently pay a visit. “Our local population helps us in the off-season and the tourists help us in the summer,” said Maili Lafayette, creative director and owner.