The Most Loved Toys, Games, and Plush at Toy Stores and Museums 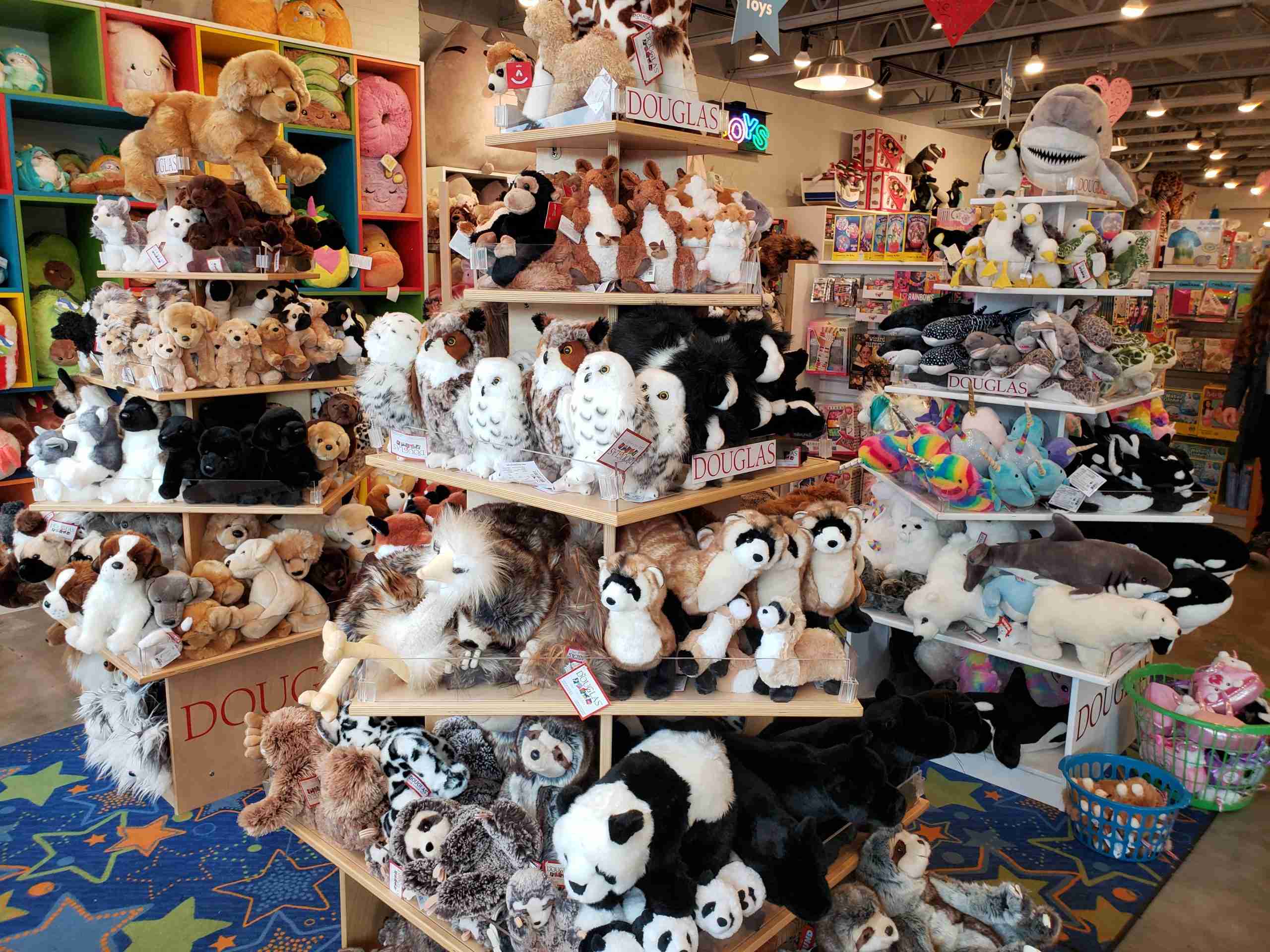 By Karen Appold
February is the month of love—the perfect time to take stock of what items customers love most at toy stores.

In the toy category, Eileen Caplin Wysel, owner, Bobb Howard’s General Store, New Hyde Park, N.Y., reported that customers love Duncan Toys’ Yo-Yos, which are available in a variety of styles such as high-tech modern competition level, classic Imperial or classic Butterfly. “Kids and kids-at-heart can do tricks like walk the dog, around the world and sleeper,” she said.

Another old-timer that has withstood the test of time is Alex’s Poof-Slinky, which has walked down the stairs since 1943. Guillows’ balsa wood airplane model construction kits, which have been made for almost 100 years, also fly off the shelves. “They can be as simple as three pieces of lightweight wood, while others have an added propeller that works via a wound-up rubber band,” she said. 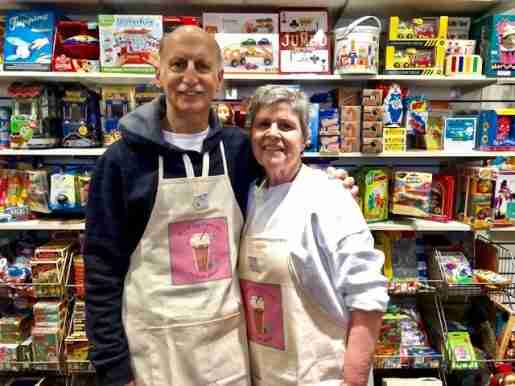 “All of these toys bring people back to a simpler time, when most games and toys didn’t require batteries,” Caplin Wysel said. “They bring multi-generations together—grandparents and parents share their childhood memories with their kids and grandkids and show them that you can use your imagination without having to use electronics.”

For Elisabeth Dahl, owner, Calico Toy Shoppe, Bainbridge Island, Wash., Spinmaster’s Hatichmals are hot because they are collectable and provide a sense of mystery. Fat Brain Toys’ Simpl Dimpl is a simple and fun toy for all ages. “It’s like popping bubble wrap with endless hours of fidget fun,” she said. Both kids and adults enjoy shooting Two Bros Bows. “They are easy to use, and there’s a great variety. Kids like to mix and match the bow and arrows.”

Toysmith’s Double-Sided Flip Car is all the rage for Nicole Ziehm, marketing supervisor and gift shop manager, Madison Children’s Museum Gift Shop, Madison, Wis. “Children love to play with this car; when it hits a wall it just flips over and keeps going. It’s very entertaining,” she said.

GeoCentral’s Break-Your-Own Geodes are popular because they are fun to throw and break apart to see what’s inside, Ziehm said. Many families plan to break them together after leaving the museum.

Animal Finger Puppets by Folkmanis completes Ziehm’s list of top three toys. “Plush toys that are small and look like baby animals are always a hit with little ones,” she said.

Games That Make the Grade
As far as games go, Alex’s Booby Trap—which dates back to the 1960s, continues to be a favorite at her 400-square-foot shop, Caplin Wysel said. The game board creates tension while players attempt to pull pieces off of the board to accumulate points. It teaches strategy and agility. Rack-o and Candy Land’s retro classic edition, both by Hasbro/Winning Moves, also finish at the top of customers’ lists. Rack-o, which dates to 1956, teaches strategy as well as number sequences. Classic Candy Land is from the 1940s and teaches colors, rules and patience to wait one’s turn. It has been a child’s first game board for decades. The shop has been in business for 38 years.

For Evers, Stonemaier Games’ Wingspan is tops. “Kids can create their own aviary with as many rare bird species as possible,” she said. “It offers an educational, beautifully illustrated, interactive board game for all ages.”

Another game that wins with her customers is Mayfair Games’ Settlers of Catan, an award-winning, strategic game in which players collect resources to create settlements. PlayMonster’s SET Karma card game is easy to learn and is inexpensive, making it highly sought after. “It’s a super-fast paced game where you try to get rid of your hand before your opponents do,” she said.

Like Evers, Dahl said that PlayMonster’s SET games are a hit. “It’s easy to show customers how to play; having single player and multi-player options is a plus,” she said. Czech Games’ Codenames continues to sell strongly as well. The social word game is family friendly and is easy to learn and play.

Dahl also reported that Stonemaier Games’ Wingspan, a competitive, card-driven, board game that appeals to game players of all skill levels, sells out quickly.

Toysmith’s Magnetic Travel Games are easy to play in the car during road trips, which makes them a popular choice, Ziehm said. 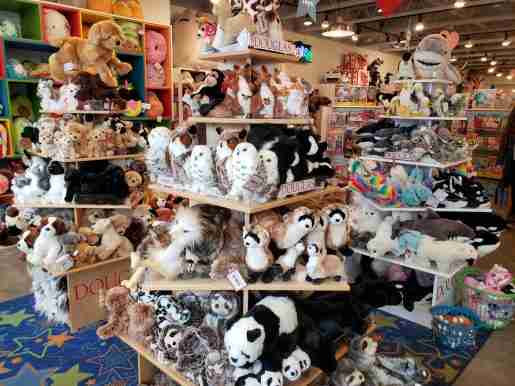 A display of plush toys at Calico Toy Shoppe, Bainbridge Island, Wash. Spinmaster’s Hatichmals are hot selling for the store currently, according to the owner.

Plush Remains Popular
Plush continues to be a strong category at toy stores. For Evers, plush sales were up 15 percent in 2019 compared to 2018. Jellycat plush rules, which she suspects is because they are the softest and cutest plush she has seen. The two stores boast 3,000 and 5,000 square feet.
Plush sales have also been up for Dahl every year for the past eight years. Douglas, its main supplier, offers good quality, realistic animals that come with names. Squishables in the large size sell well, with food plush being hot right now. Gund and Pusheen remain strong sellers, too. Her two stores are 4,500 and 4,600 square feet.

Plush sales are also up for Ziehm, which she believes is because the 80-square-foot shop carries plush animals that relate to the museum. A new addition this year which has been selling well is plush chickens from Manhattan Toys. They resemble the live chickens housed on the museum’s rooftop.

← If It’s Tactile, it Could Be Trending <br> Plush and Playthings Sales at Toy Stores Toys Geared Toward Tots<br> Playthings at Childern’s and Baby Shops →