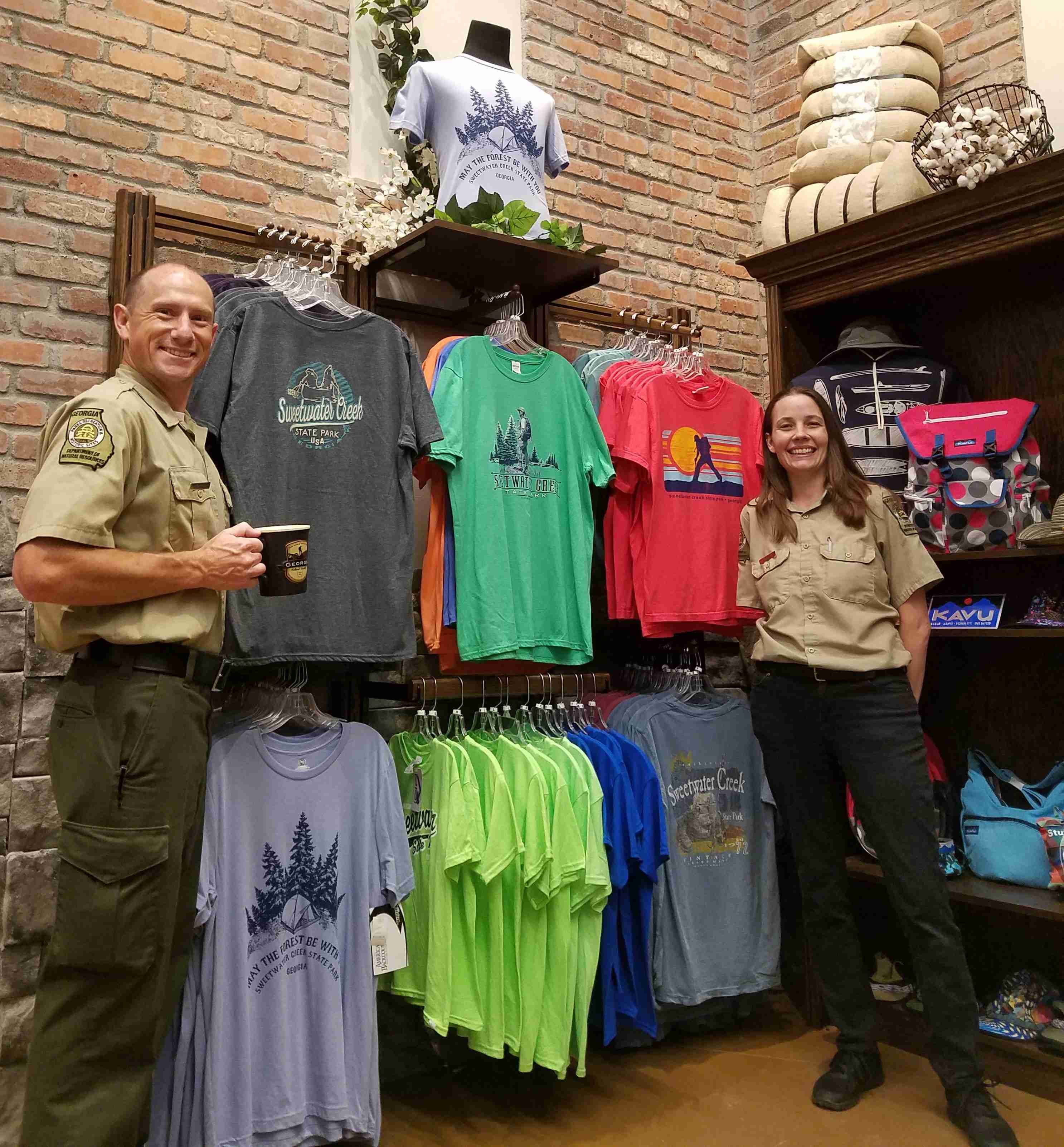 With the sprawling Golden Gate Bridge reaching over the San Francisco Bay to the Pacific, the stunning national parks that surround this well-known site have become a top conservation priority in the Bay Area. The mission of the Parks Conservatory is to preserve the Golden Gate National Parks while enhancing the visitor experience for many years to come.

Over the past 30 years, this nonprofit organization has found important ways of protecting the Bay Area’s public lands by not only raising money for community-based programs, but also funding important restoration of areas like Black Point Battery and the Crissy Field shoreline. 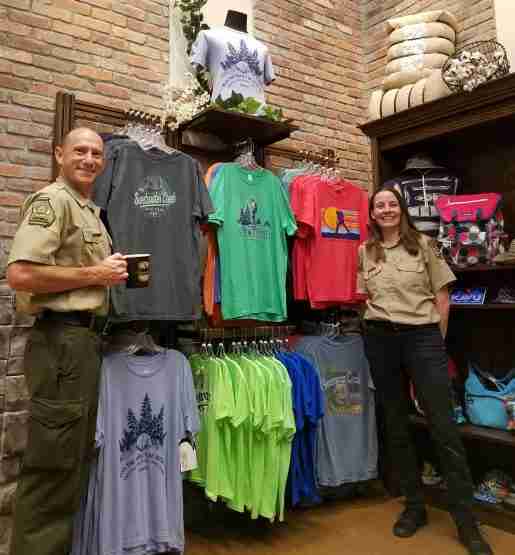 One way the nonprofit raises money and establishes its message of conservation is through its network of gift shops. Robert Lieber, vice president interpretive sales of Golden Gate National Parks Conservancy, said the shops currently sell sweatshirts, T-shirts, caps and scarves. Both the retail locations and online gift shop sell what they call “outdoor fashion” for the whole family.

“We offer very few jewelry items,” said Lieber, but the items showcase “local artists inspired by the parks and site specific imagery. Some of our sites sell sunglasses for visitors who forget to bring them and gloves for the chilly San Francisco summers.”

Accessories at these shops include everything from hats, bags and luggage tags to key chains, umbrellas, wallets and ties. There are also Adventure Patches that celebrate different experiences, like “I crossed the Golden Gate Bridge” and “I walked among the redwoods.” In the retail locations, many of the items are displayed, said Lieber, using tabletops, grid-walls and hangers. The products are also easily searched online by category.

Overall, the apparel and accessories at this West Coast destination are very stylish, befitting one of America’s most beautiful and high-income cities. There’s even a silver cufflink set featuring the famous expansion bridge.

“The Parks Conservancy uses both historic images and original designs on our apparel,” explained Lieber. “We offer our selection at affordable prices to ensure visitors can enjoy our parks whether it’s warm or cold outside. San Francisco climate can vary greatly within one day and our famous fog streams through the Golden Gate Bridge delighting, but surprising visitors without notice.” 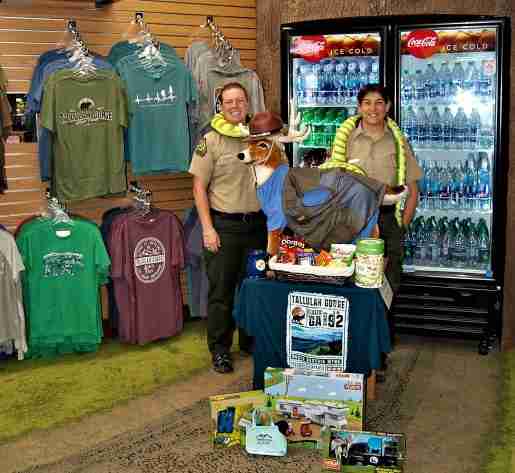 Socks, Shoes and Much More

At Georgia’s State Parks and Historic Sites, outdoor enthusiasts can enjoy both rugged and more sophisticated camping, whether at primitive sites or in cozy cabins, yurts and even lodges in a network of 63 state parks and historic sites. Tourists have been attracted to the wide variety of sites here for decades thanks to the fascinating Civil War history, original Native American settlements and one of the nation’s first-ever gold rushes.

One of the highlights of these parks is the water – which includes a gorgeous lake, waterfall and coastal salt marshes. It’s no wonder Camping Life magazine named Georgia’s state parks as the best in the nation.

Penny Dunn, retail merchandising manager for Georgia’s State Parks and Historic Sites, says the park sells quite a variety of apparel and accessories in the retail locations, including hats, T-shirts, jackets, sweatshirts, socks, nightwear, shoes and bags. Interestingly, the socks, shoes and nightwear have become necessities that many campers can’t seem to go without.

The shops here also offer a creative selection of jewelry, scarves and sunglasses. “Tassel jewelry and gems are both very popular right now,” explained Dunn. “Sunglasses are mainly for people that forgot theirs, or for fishing or golf.”

Depending on the retail locations, Dunn said, “We hang and fold [clothing]” using tables, slat walls and modular wall displays. “We also display items on mannequins and other displays, such as squares,” she said. The goal is to stay organized and create an inviting atmosphere for guests to [shop leisurely] for items they can’t find anywhere else. 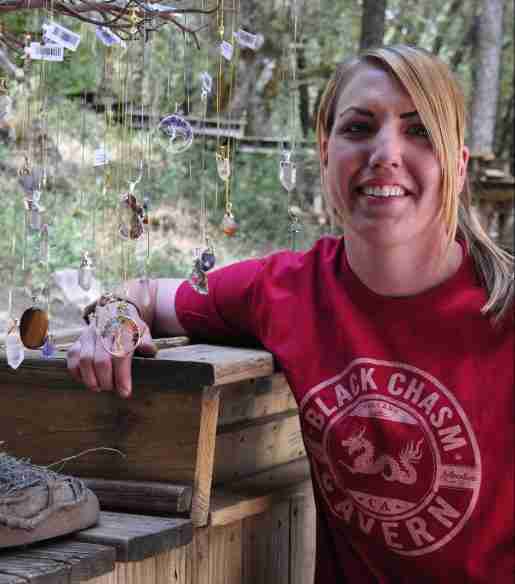 Black Chasm Cavern Assistant Manager Heather Busbee photographed with jewelry. The site manager of this Volcano, Calif., attraction said that the gift shop appeals to a wide range of guests of all ages.

More than 2,000 Square Feet of Retail Space
With more than 90 different styles of apparel, Kevin Flock, general manager of the Devil’s Lake Concession Corporation in Baraboo, Wis.,  has been serving visitors to Devil’s Lake State Park for years.

The nonprofit corporation, which was officially incorporated in 1963, operates all of the site’s gift shops, concession stands and campground store within the state park system, with all proceeds supporting the overall upkeep and improvement of the Wisconsin State Parks.

There are actually four different concession areas in this expansive park system with its more than 25 miles of trails, including the Chateau and Snack Shack on the North Shore, the South Shore Concessions next to the Red Oak Shelter and the Ice Age Campground Store near the Northern Lights Campground.

Flock said the retail shops, in addition to carrying more than 60 styles of scarves, sarongs, headbands and hats (and 20 different styles of sunglasses) also have a limited selection of jewelry.

“We have 400-plus items for sale in our largest gift shop,” said Flock, “from signs, mugs, medallions and stickers to stuffed animals, magnets, coasters and lanyards.” This large retail shop, with more than 2,000 square feet of space, has become a popular stop for tourists, whether they’ve come to the park to camp, hike, swim or fish.

“I always attempt to buy in bulk in order to pass our savings on to our customers,” explained Flock. “We showcase our items on mostly handmade tables and displays in an attempt to become the best state park gift shop in [the] country.”

Walking Sticks Are a Best-seller
When the Black Chasm Cavern first caught the eye of explorers as early as 1854, news of the famous blue lake and millions of rare crystals spread far beyond the native Miwok people. In the early days, curiosity seekers took tours to see a first-hand look at these very delicate helictite crystals. But after the Gold Rush left the cavern virtually abandoned, it would take more than a century for the site to be recognized by the federal government as a National Natural Landmark in 1976. 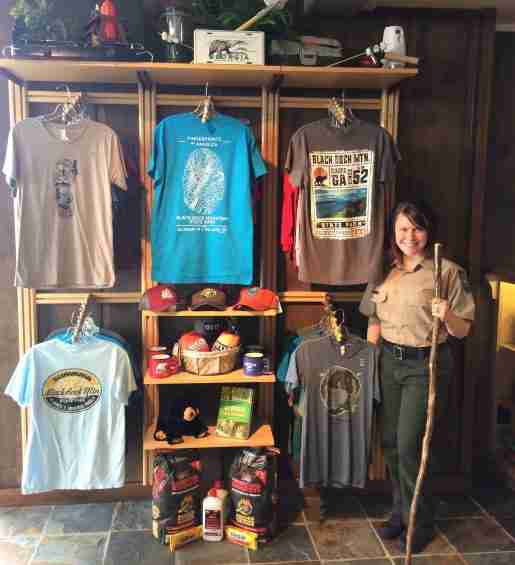 For the Georgia’s State Parks and Historic Sites system, the retail goal is to stay organized and create an inviting atmosphere for guests, the retail merchandising manager said. Shown is Kait Wilson of the Black Rock Mountain State Park.

Today, as visitors come to learn more about the history (it’s about an hour’s drive from Sacramento), they enjoy taking mementos home from these cool caves on hot summer days.

Melissa Wozniak, site manager for the Black Chasm Cavern in Volcano, Calif., said that the gift shop appeals to a wide range of guests of all ages who come for underground walking tours and the aboveground Labyrinth Tour.

“At the visitor center,” said Wozniak, “we sell T-shirts with the Black Chasm logo (a dragon) in a few different styles and colors, as well as shirts for children that feature animals native to the forest surrounding Black Chasm.”

In addition to tours, guests also have the opportunity to do a little gemstone mining and gold panning using screen-bottomed boxes to sift for treasures. 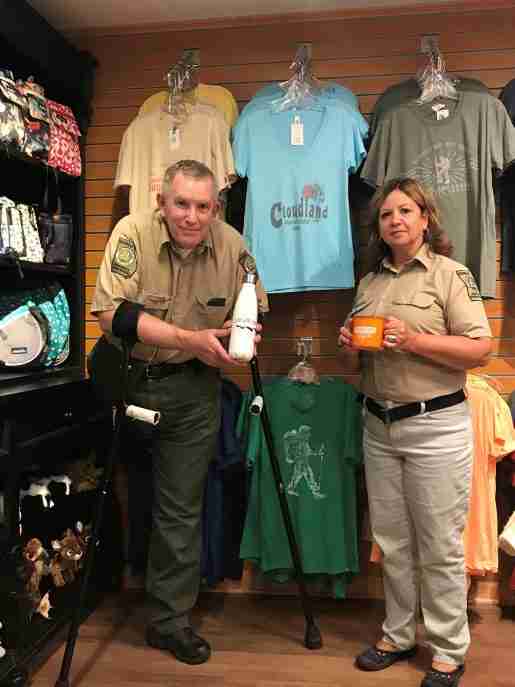 Patricia Green and Jeff Burner of Cloudland Canyon State Park were photographed in a store. Campers are especially interested in socks, shoes and nightwear, the retail merchandising manager said.

Inside the visitor’s center, meanwhile, the treasures tend toward the practical. “Because the cavern is always a cool 58 degrees,” said Wozniak, “we sell hoodies. And because the outside temperature can reach over 100 degrees, we also offer tank tops. Baseball caps are also for sale, each embroidered with the name Black Chasm.”

The retail shop also sells tote bags and walking sticks. “We are located in a very rural area and are near many hiking trails,” Wozniak explained, “so the hiking sticks are popular.”

To showcase the complete line of eclectic fashion and accessories, Wozniak said there’s an eye-catching display wall with waterfall arms and wooden shelving. “We keep a fully-stocked display on the wall at all times,” she said, “and make sure to carefully organize the clothing so specific sizes and colors are very easy to find. The hoodies we sell are located next to the waiting area for cave tours, so that guests may be influenced to purchase while they are waiting to enter the cavern.”