The Dish on the Delicious
Snack, Candy and Gourmet Products Trends at Candy Stores 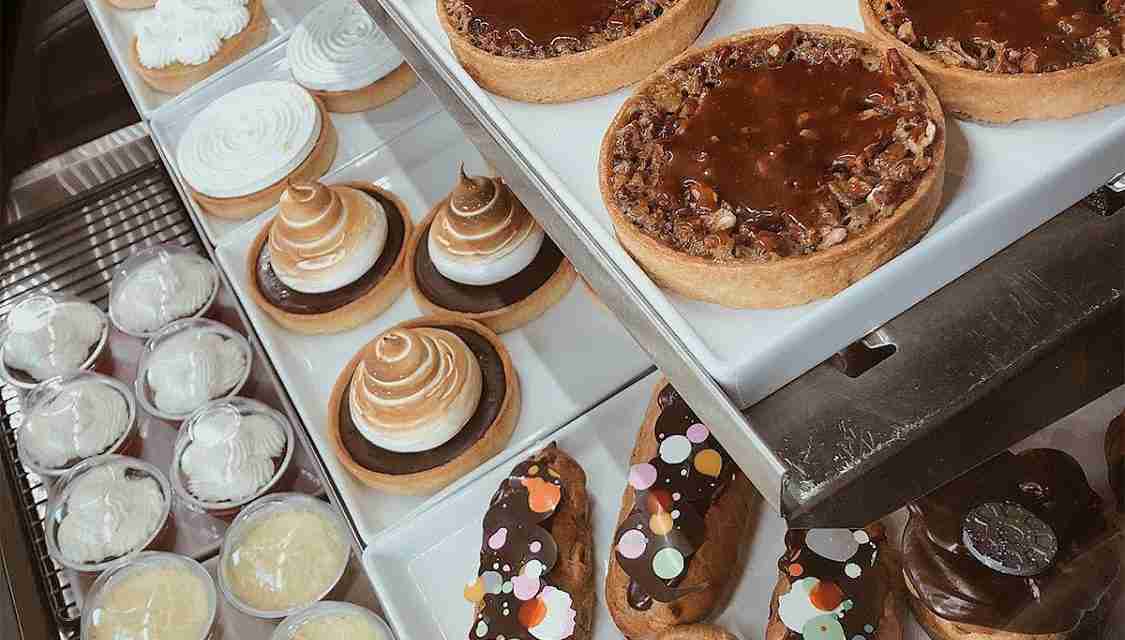 At Cosmic Candy Company in Pentwater, Mich., everything old is new again. From Good & Plenty and Sugar Daddies to Big League Chew, Sweet Tarts and PayDay, Michiganders are snapping up Cosmic’s so-called “time travel” boxes, filled with nostalgic treats from a particular decade — from the 1950s to the 1990s. 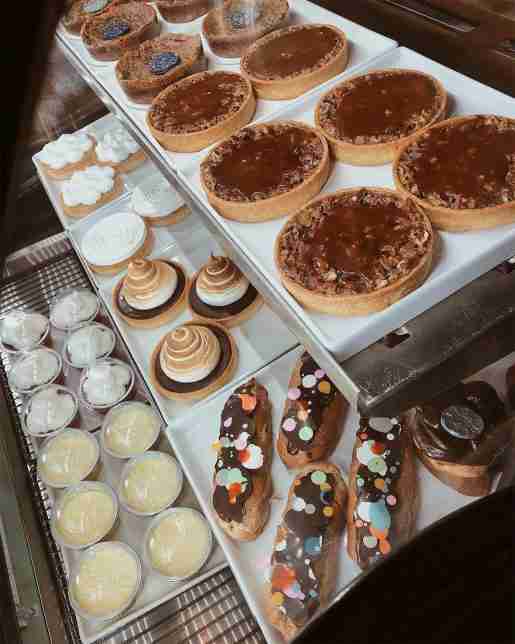 Delicious-looking dessert displays at Mokaya. The store offers 75 items at any given time.

“They’re very popular,” said John Nagel, who owns the store and its online business. Of all the decades, the 1970s and the ‘90s are the most frequently requested, he said, but old timers still love five flavor Life Savers and Black Jack gum. Cosmic also specializes in oversized gummy treats, from a two-pound gummy bear to giant gummy pizzas, tacos, burgers and the like. 50 flavors of gourmet popcorn, hand popped in the store, hit the savory side with flavors like Chi-Town cheddar and jalapeno ranch dill.
In Grand Rapids, Mich., Rocket Fizz Manager Laura Visser has observed nostalgia on several levels. First, there is the vogue for 1980s favorites like Necco wafers. Once the lockdown lifted and families started to come back out, Rocket Fizz saw a lot of families who were looking to retreat into pre-pandemic comforts. “We all need a little fun in life right now, and the kids just get so happy when they see all the candy,” Visser said.

Cocolate-covered strawberries are available at The Royal Chocolate, a gourmet shop in Virginia Beach, Va. The store has always offered curbside pickup and a delivery service.

Earlier this year, Rocket Fizz, like most retailers, was struggling with an uncertain supply chain. “We’d place an order, and sometimes maybe only one-third of the merchandise would arrive,” Visser recalled. The situation has improved, but popular items still face shortages. Case in point is fiber cube candy that dissolves in water and “is really big with teens right now,” Visser reported. “Whenever we get it, we sell out of it.”
At Sugar Shop in Las Vegas, nostalgic parents and grandparents can’t resist Charleston Chews and chocolate cigars, said Owner Scott Wurth. Another favorite is a line of retro sodas from the Nehi brand, first introduced in 1924 in fruity flavors like peach, root beer, orange, and cream soda. “People remember them and love them,” Wurth said. 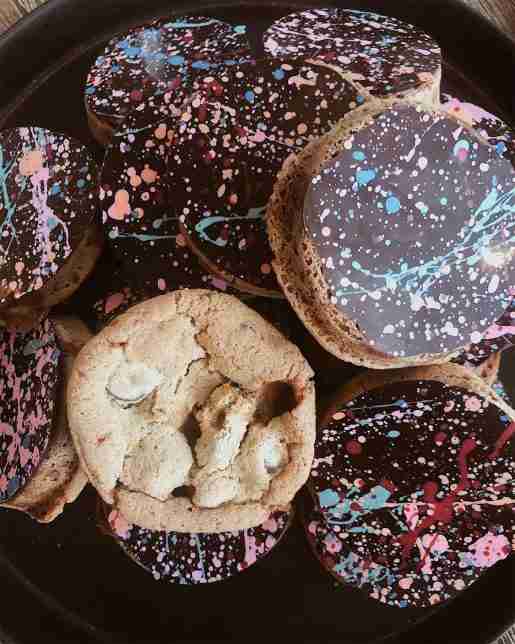 When Wurth open his store in Downtown Container Park nearly two years ago, he quickly saw the location catered to families, so he tweaked the selection toward more kid friendly items like the wildly popular Kidsmania line of candy novelty toys. Even so, the season has been slow so far. “There’s less traffic here in summer anyway, and the summer was hotter than usual, which was not helping,” Wurth reflected.
In Grand Rapids, Mich., Chocolatier Max Golczynski has gotten creative to boost revenue during the pandemic. Since shoppers can’t come into his 1,600-square-foot shop, Mokaya, Golczynski displays all his wares in the storefront windows, encouraging safe browsing. He also set up a booth on the sidewalk where people can order and pick up purchases. “We get quite a lot of traffic flow, even with the current situation, and that really helps,” Golczynski said. 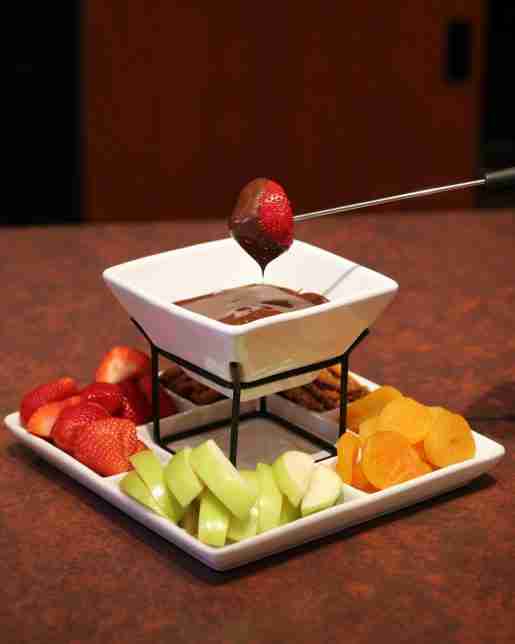 A fondue set-up at The Royal Chocolate. The store has stepped up its social media presence in response to the pandemic.

Mokaya offers 75 items at any given time, most of which are chocolate; truffles and bonbons are the most popular formats. “We like to say that all 33 flavors are best-sellers,” the chocolatier said. “If I had to choose one, I guess I’d have to go with sea salt caramel. Everything else is a close second. If something isn’t selling well, we just stop making it.”
Most customers shop by the piece, choosing an individualized selection. But Golczynski is happy to accommodate gift boxes for occasions. “We’ve been trying to get creative about offering people lots of options for ways to shop here,” he said. 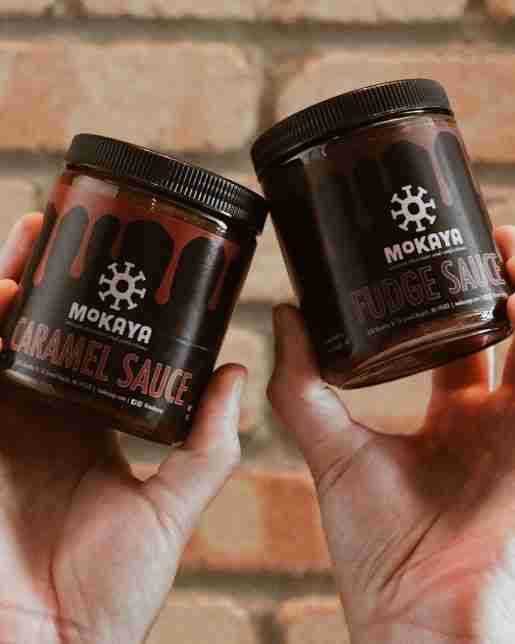 Jars of caramel and fudge sauces available at Mokaya in Grand Rapids, Mich. The store is displaying wares in its front windows to encourage safe browsing.

The Royal Chocolate, a gourmet shop in Virginia Beach, always offered curbside pickup and delivery service, but Owner Brenda Tusing said many customers weren’t aware of such options before the pandemic. “Now they’re like, ‘you’ll bring it right to my car? ‘’ ” she laughed. “We definitely see a shift in the way that people are shopping.”
With more people working from home, The Royal Chocolate stepped up its social media outreach, aiming to find customers where they were — on screens, rather than in the 1,700-square-foot store. By mid-summer, foot traffic had picked up, but Tusing still decided to take a gamble on DoorDash and GrubHub. Would Virginians really go online to order chocolate delivery, she wondered? Yes, as it turns out. “I’d never considered it before, but I’m pleasantly surprised at how successful it is,” Tusing noted. 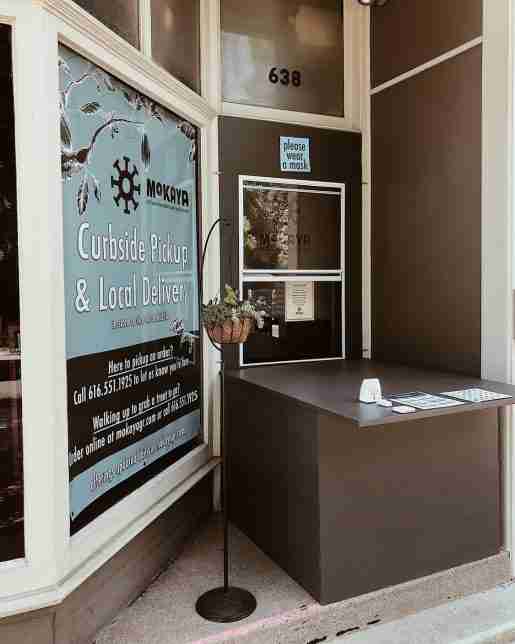 A booth on the sidewalk where customers can order and pick up sweets has been successful for Mokaya in Grand Rapids, Mich.

Customer favorites include homemade candy apples, truffles and gift baskets, with products made on-site as well as from nearby suppliers. The Royal Chocolate has also boosted revenue with daily specials, like two for one frozen drinks on a recent Thursday. Tusing is optimistic about the coming holidays; Virginians seem to be buying more candy for occasions like birthdays and anniversaries. “People are definitely getting out more,” she said. 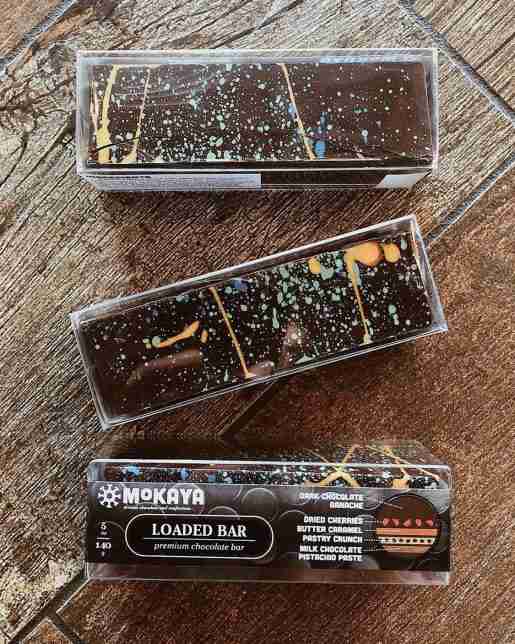 Gourmet chocolate bars are sold at Mokaya. Chocolate, truffles and bonbons are the most popular items for the store. 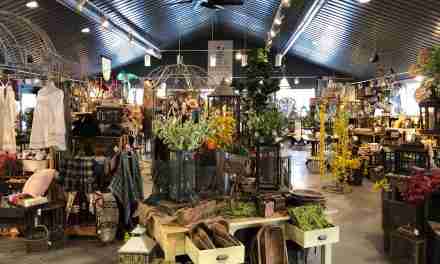 Botanical Gardens and Garden Centers
A Garden of Gift-Selling Strategies 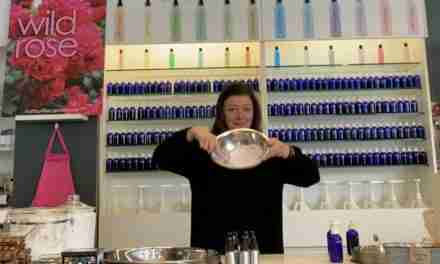 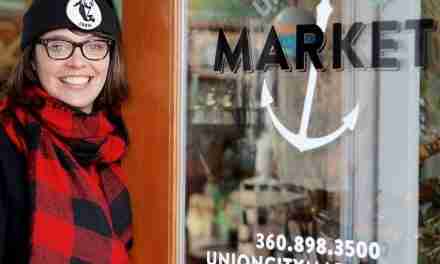 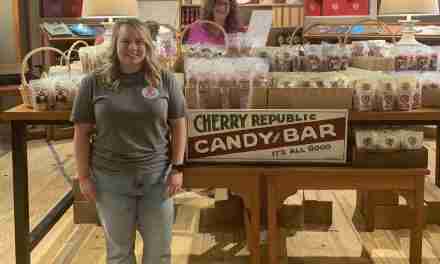