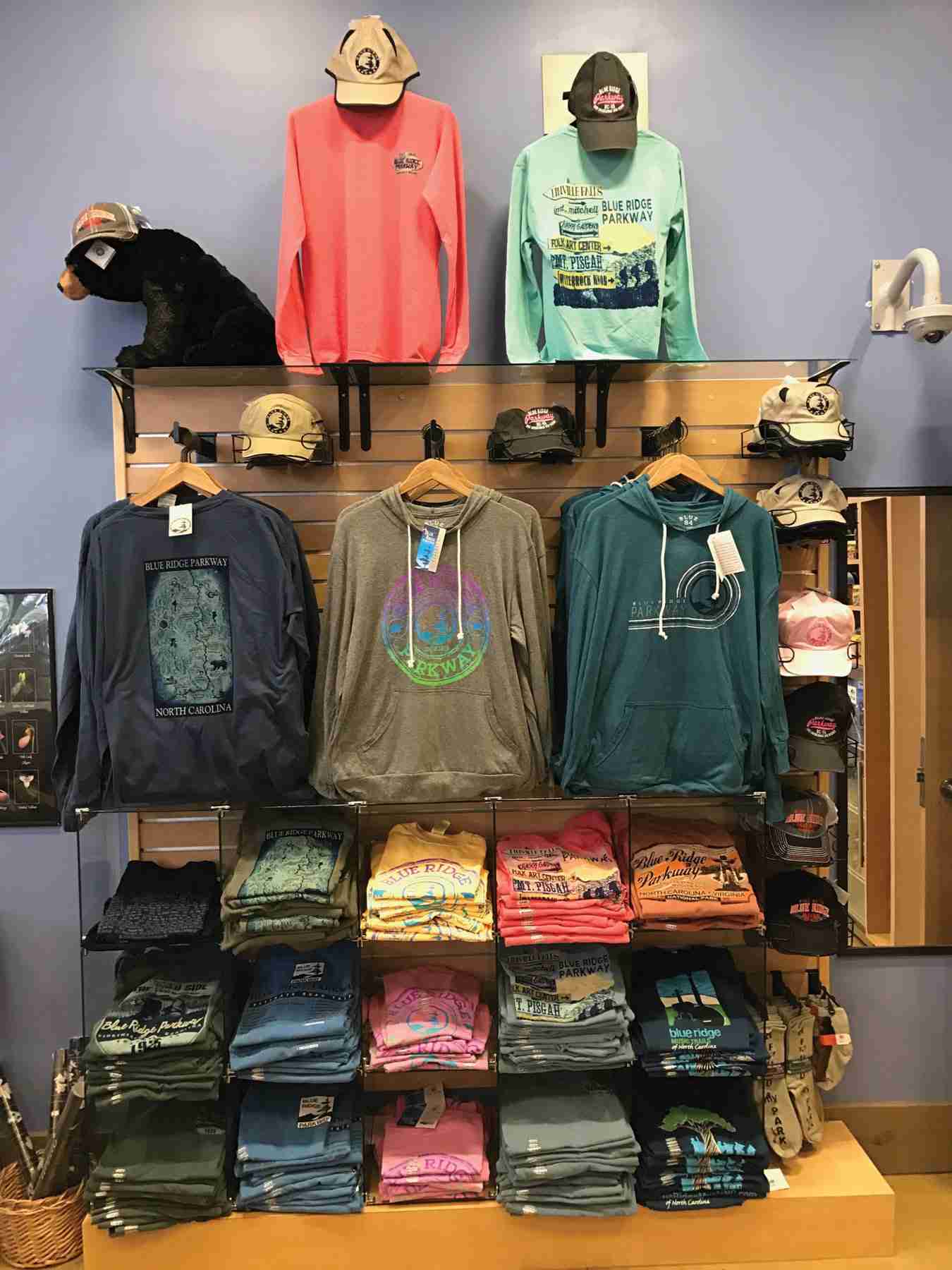 Even on a rainy Tuesday afternoon, crowds gather taking selfies while standing in front of Independence Hall, the birthplace of American democracy. The building where it all happened is a surprisingly humble one compared to the towering skyscrapers nearby. Here is a red brick building with cobblestones covering the street outside, backed by a park where locals like to sit and eat lunch, walk their dogs and sometimes step in to help snap a group photo for out of towners. Security guards are lined up to ensure visitors enjoy walking tours in safety, some loaded with shopping bags, others waiting to hail a cab for the next stop in this historic tourist mecca. 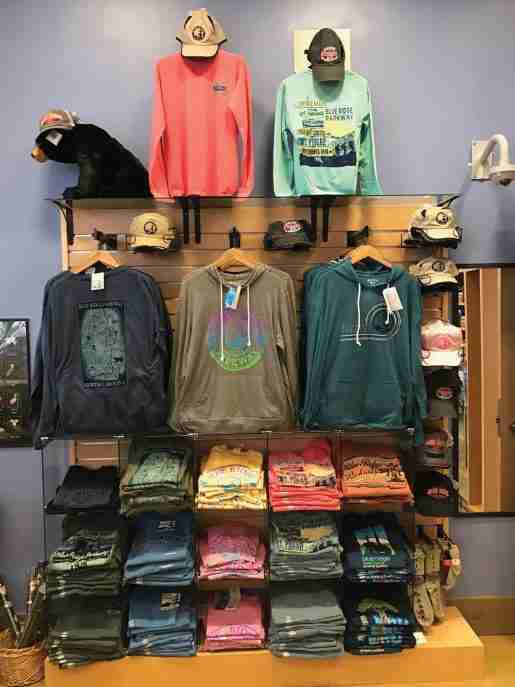 Independence Hall shares the mall with the Liberty Bell and National Constitution Center, becoming a centerpiece of Philly’s historic attractions in the Old City neighborhood, an enclave rich with history and fun. The streets are lined with coffee shops, restaurants, galleries and homes dating back to the time Ben Franklin roamed these streets. Just a few blocks away is Franklin’s old house and the cemetery where he’s buried. Both places attract curious crowds, making for a worthwhile walk between some of the oldest, most important sites in American history.

When the Museum of the American Revolution opens its doors in the spring, even more people are expected to converge on this small corner of the sixth largest city in the country.

Because these destinations collectively attract people from around the world, the gift shops therein have stocked up on goods that are both very appealing and very portable, like miniature replicas of the Liberty Bell, as well as postcards, magnets, books and films. Most of the items are geared toward the budget-minded, while others are for more discriminating collectors.

The T-shirts, however, are always best-sellers.

Emily Geesaman, a marking manager at Eastern National, said that “We the People” tees in a calligraphy font sell very well here. Available with white script on either red or blue T-shirts, there’s a feeling of patriotism and history screened onto these tees. People who may have just learned about the Declaration of Independence are often eager to buy a shirt as a way to remember their trip and boast a sort of pride in the country’s democratic building blocks.

“The simplicity of the design and those iconic three words,” said Geesaman, tend to be the selling point for the tees. Plus, she said, “The store is located in Independence Square, where the Constitution was signed at Independence Hall.” There’s no better tie-in for the shirts anywhere else in Philly, a city with admittedly a lot of gift shops showing Philly and Revolutionary era pride.

All proceeds from the sale of these items go to funding programs at Independence National Square Park, a federally protected area in the heart of the City of Philadelphia. 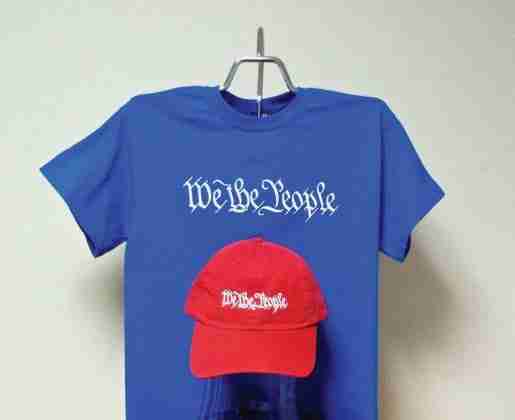 In Philadelphia, Pa.’s, Independence Hall area, We the People T-shirts are best-sellers.

In the shop on the square, which is skillfully merchandised with books, gifts and other items, the T-shirts are displayed on mannequins with matching baseball caps.

Different shirt sizes, said Geesaman, are neatly folded in cubes beneath, making it easy for a visitor to find the right one based on what they see displayed. The mannequins and hats also help bring attention to the shirts in a shop that is characterized by quite a few history-inspired gifts.

For the summer season, Geesaman is working on a few new styles of tees that she expects to sell very well. “We are currently putting the finishing touches on a vintage-inspired design,” she said, “of the Liberty Bell from the Bicentennial.”

For a city encased in as much history as Philadelphia, vintage gifts tend to fly off shelves. Naturally, Geesaman is looking forward to a very busy spring and summer, even if colder weather doesn’t ever seem to stop the parade of tourists. Each year an estimated 4.3 million tourists visit Independence Hall.

During a deep freeze this month, a few dozen people from various parts of the world,  speaking a variety of languages, were lined up to take the tour of these esteemed attraction. They were bundled in hats and coats and scarves, but the below freezing temperatures didn’t deter them. Perhaps there’s something about it being a new presidential inauguration year that has more people interested in what the founding fathers created on this spot more than 240 years ago?

Appealing to a More Mature
Consumer

The Blue Ridge Parkway Foundation was the first-ever national rural parkway to be created for leisure driving, a treat by the mid-20th century when America’s fascination with automobiles took on epic proportions. Thanks to its beautiful vistas with views of rural Appalachian landscapes, Blue Ridge couldn’t seem farther from downtown Philly. It connects the Shenandoah National Park in Virginia with the Great Smoky Mountains National Park in North Carolina, and as such is protected as a public land.

Eastern National, a private non-profit, operates the educational retail outlets associated with Blue Ridge and many other public destinations around the country, including Independence Hall. With a mission to promote the public’s understanding and support of America’s national parks and other public trust partners, Eastern National provides quality educational experiences, products and services.

At these shops, tees are very much in style, particularly among the 45-to 65-year-old demographic. This is the majority demographic, explains Karen Searle, Blue Ridge’s regional manager. With a keen sense of the customer base, she has learned a lot about what they will buy and what they may pass by.

“Our best designs incorporate park-related icons and bits of educational messaging as opposed to more generic formats,” says Searle. The gift shops have also had a lot of luck with youth garments that tend to be purchased by grandparents for grandchildren.

The shops – from the smallest to largest – make it easy for people to browse the apparel so they can get back on the road.

“We hang garments for display wherever space permits,” said Searle, “but often must rely on folded stacks on shelves or cubes, with single garments or garment art displayed more fully as an accent at a higher elevation position.”

A few different styles are usually displayed for customers to browse. Shelving is used to contain the styles in different sizes. Organization here is key to keeping things neat and easy to navigate, especially for first-timers at the shop.

Searle said this year the shop is working to include mostly all Made in the USA. products, which have become especially popular among this generation of tourists. “Our primary target will be to continue moving more of our products to Made in USA vendors,” she said.