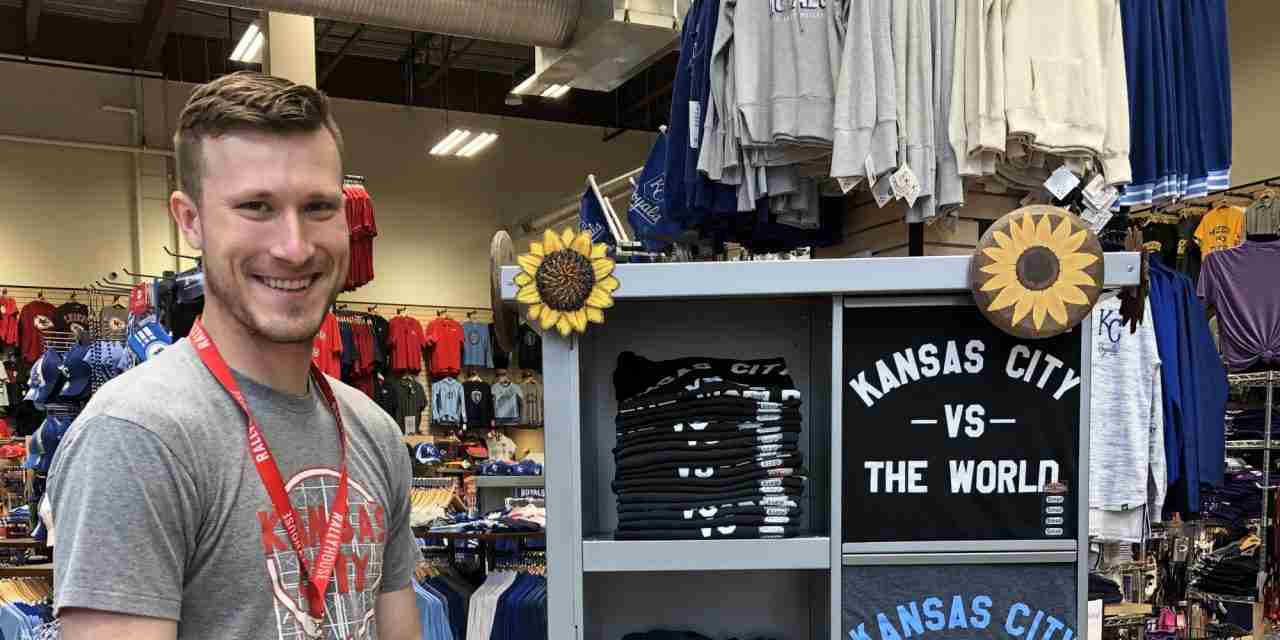 As European club soccer wins over American fans, Soccer Locker in Honolulu, Hawaii, is selling more and more licensed jerseys from “fútbol” teams like Real Madrid and FC Barcelona — Spanish sensations that are among the most popular franchises globally.

Licensed soccer apparel “is all about the European stuff  nowadays, and those two teams in particular,” said Robert Picerno, who has owned Soccer Locker for more than 40 years. In contrast to some other sports, Real Madrid and FC Barcelona “have the more dominant, fan boy players right now,” he added, citing the teams’ respective stars, strikers Cristiano Ronaldo and Leo Messi. “Messi, that’s the big guy — everybody wants his jersey.” 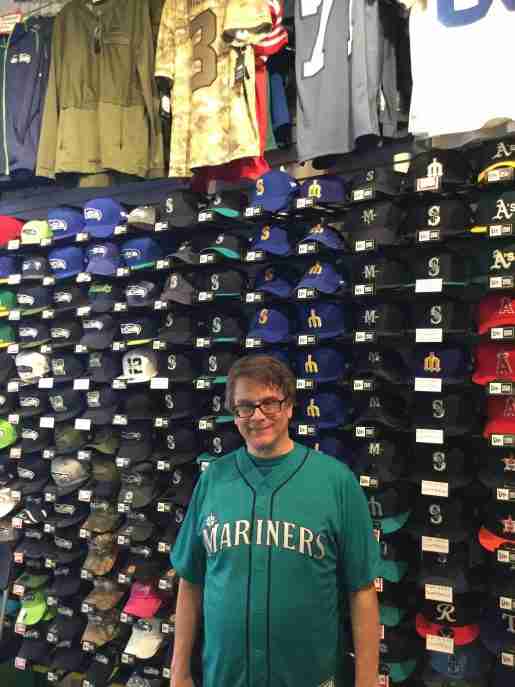 Kevin McCluskey, store manager, in a green Mariner’s alternate jersey, photographed with caps at Sports Den in Seattle, Wash. Hats are the top licensed apparel item for the store. Compared to jerseys, hats are the less expensive way for fans to represent their teams.

With the Women’s World Cup just days away in June, Picerno also had high hopes for licensed merchandise for that event — especially apparel from the successful U.S. team.  While women’s soccer struggles to win fans (and customers) globally, the dominance of American players — and the sport’s popularity among young athletes — presents an opportunity for licensed sports retail. The rising visibility of European soccer is also driving sales of team logo scarves, a major new category at sports stores nationwide.

The downtown store specializes in Kansas City merchandise, and is frequented by tourists staying at nearby hotels. “We engage customers by talking to them, finding out where they’re from, and what they’re looking for if they’re visiting from out of town,” Smith said. 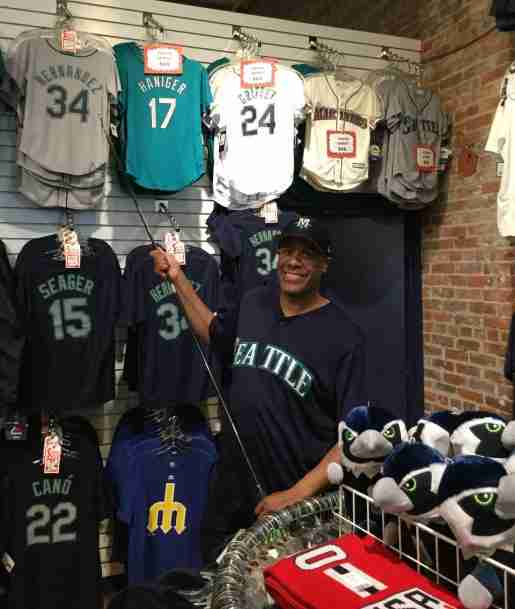 Andre Burshaine, Sports Den sales associate, in a blue Mariner jersey that says “Seattle.” Flags and signs draw attention to the store from passers-by on the way to the game.

Other sports stores inspire fans with screens showing live matches, as well as upbeat music for a game-day atmosphere. “We’ve also usually got some kind of promotion going on to get people to walk in; it could be T-shirts or golf gear,” said Michael Laurent, the manager at Vikings Locker Room in the Mall of America in Bloomington, Minn.

Unsurprisingly, jerseys featuring top Vikings players are best-sellers at the store; so are T-shirts, including a recent gray style with the Norseman mascot alongside the team logo. Baseball hats are a perennial winner, Laurent said. This year, he has high hopes for the draft hat, as well as polo shirts due to arrive later this summer.

Hats are the top licensed apparel item at Sports Den, a store near the stadium in Seattle, Wash. “Compared to jerseys, hats are less expensive,” explained Manager Kevin McCluskey. “If you want to represent your team, it’s an easy way to do it.”

The Pioneer Square outlet carries a variety of updated styles sporting different logos, including this year’s Mariners Major League Baseball batting-practice cap. 2019 also saw a different sponsor for the Seattle Sounders soccer team, so fans are snapping up the new jerseys. Flags and signs draw attention to the store from passers-by en route to the game, McCluskey said.

A mechanical mannequin advertising 50%-off discounts “helps get people in the door” at On the Field, another Seattle sports store, said Manager Martin Wilson. “We’re right in between CenturyLink and T-Mobile Park, so we have a lot of game day traffic,” he noted. Many patrons are drawn by the slow-paced, refined music that contrasts with the frenetic beat in other stores; Wilson added: “People always comment on it.” 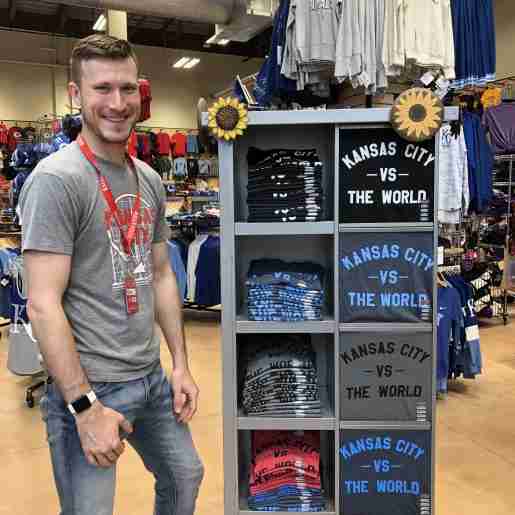 “We notice that with soccer people, it’s not so much a T-shirt crowd,” Wilson added. “They love the jerseys and the scarves.” 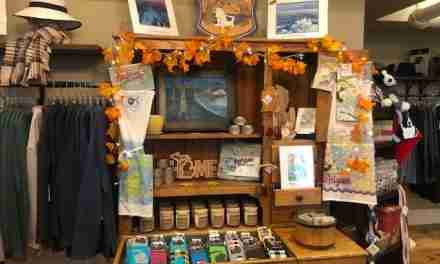 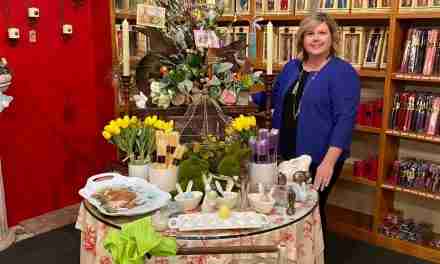 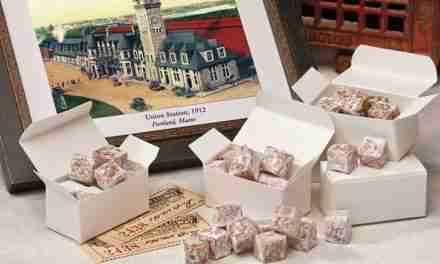 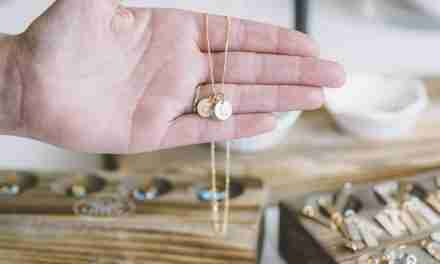