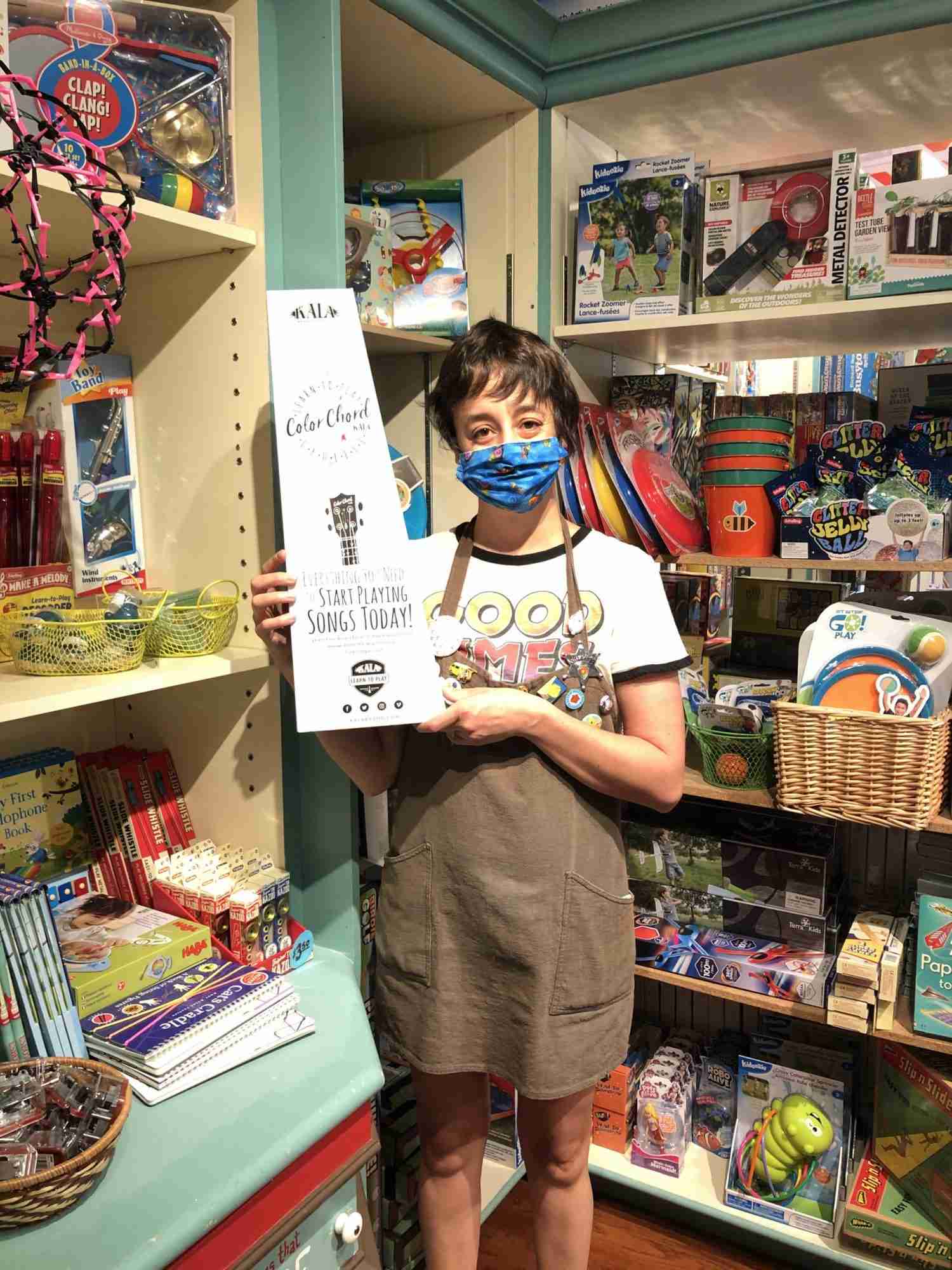 The sound of music is sweet for children of all ages, and toy stores find musical instrument toys a very harmonious part of their merchandise mix, according to the shop officials interviewed for this article.
At Kid Stop Toys in Scottsdale, Ariz., Owner Kate Tanner described her store’s top-selling musical instruments as Mukikim Rock n’ Roll pianos and drum sets. From a drum set available in a spectrum of colors to a hot pink piano keyboard, the line has some exciting options for kids, Tanner related. “Karaoke machines were big sellers this spring as well. Parents were looking for non-screen time for children, and things for family time together. Parents want to make it fun,” she reported. “This spring, for us, due to our location and weather, our top sellers were all of our active toys” which included musical instruments.
The 3,600-square-foot store has no musical instrument demos out on display currently, she explained, due to the coronavirus.
In Cincinnati, Ohio, Brian Daly handles buying and merchandising for King Arthur’s Court, a 13,000-square-foot toy store owned by Jason Parnell. Daly said that the store, which includes a 3,000-square-foot play area, is making a “real push right now to do more with musical instruments. We want to get in some more unusual ones, like congos and bongos; and we are thinking of bringing in a kid’s bag pipe. We will put it on a giant stuffed animal in the window, using it as a cool way to sell the store itself. He explained that presently the store carries more traditional musical instruments. “But why not do something different, something they haven’t seen before to spark their imagination and creativity, rather than just saying ‘here’s a tambourine?’ Not that there is anything wrong with tambourines,” he laughed. 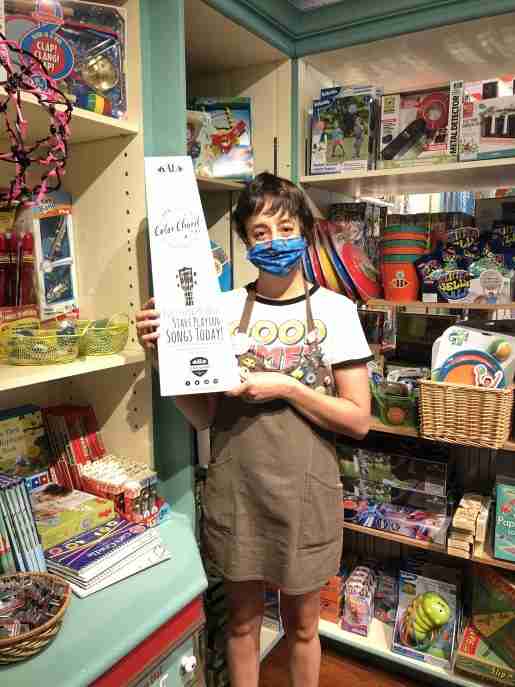 A musical instrument toy being held by Owner Autumn Ruhe of Mildred & Dildred. Harmonicas and kazoos are the store’s most popular instruments for this Tucson, Ariz., store, according to Ruhe.

← Toy Trends During Tough Times <br>With An Abbreviated School Year, It Is No Puzzle Why Puzzles Are Selling Having Time for Timeless Toys <br> Sales Trends from Independent Toy Stores →