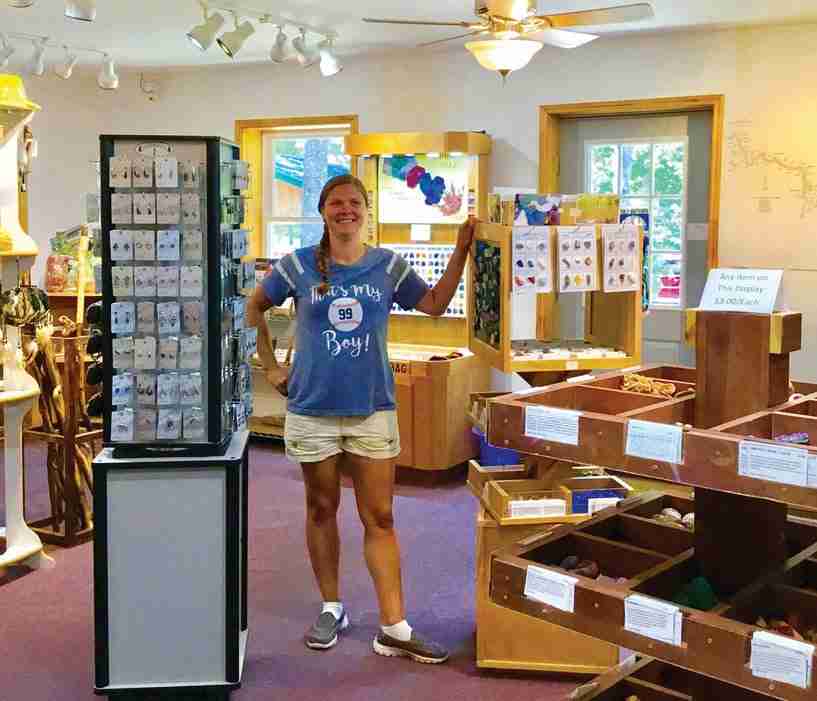 
Brightly colored, well-lit displays are key to selling anything, according to cave and cavern retailers — and that goes double for gems and minerals, gift shop mainstays that attract with their sparkle.

But Steven Rush, who owns Mystic Caverns in Marble Falls, Ark., said savvy customer service is actually his top tip for selling anything from geodes to logo shirts at the 600-square-foot gift shop. “The biggest thing is talking to people,” explained Rush. “You make a lot more sales that way.” 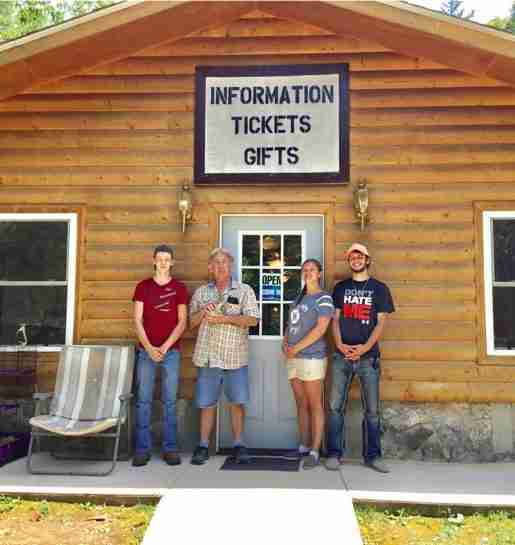 Mystic is a small operation, so all the employees are trained as guides and rotate through the shop as well, bringing their knowledge to help customers choose gifts and souvenirs. “We look at their price range and find out what interests people,” said Rush. “We know the inventory.”

His team might suggest a geode for an eight-year-old granddaughter, or a magnet for the person who’s taking care of their pets while they’re on vacation. If a patron likes rose quartz, a knowledgeable salesperson can seal the deal by offering a variety of options.

Bright colors and sparkly wares are what attract customers to just about anything at Cave Spring Park in Van Buren, Mo., said Owner Danny Gillespie. “It holds as true for busloads of small children as for tourists from Japan: They go for the brightest thing in the store,” said Gillespie, whose wisdom comes from nearly 50 years visiting shops as a vendor. “It doesn’t matter if it’s a bright pink T-shirt or a box of bright shiny rocks.”

His top tip: Bright lighting, to bring out the sparkle and catch people’s eyes. The 600-square-foot Cave Spring gift shop has 800 high-intensity LED ceiling-mounted lights, along with more lights built into displays and spotlights on products. “Lighting is vital for gems and minerals,” said Gillespie. “Doesn’t matter whether it’s amethyst or pyrite. It has to shine!

“And color, color, color. That is my absolute mantra to people who want to sell anything.” The lure of color, Gillespie said, explains why amethyst has been a top seller for 50 years.

To sell more gifts and apparel, Gillespie stocks items made in the area. “People want local things,” he said. “My gift shop is full of stuff that’s made within zero miles of this location, from gemstone magnets to hand carved walking sticks.” Some of his best-selling gifts, Gillespie added, are key chains featuring dried local forest mushrooms, T-shirts produced in nearby Kansas City, and cedar log boxes handcrafted by an artisan down the road.

Colorful, eye-catching displays are also what sell gems at the gift shop for Diamond Caverns in Park City, Ky., Manager Julie DeGiovanni has found. She displays purple amethysts on bright green fabric to enhance the contrast — and when her white geodes weren’t selling, she moved them to a blue fabric background, which along with bright lighting, did the trick. “Lights and fabric, that’s my strategy,” DeGiovanni said.

For gifts and apparel, DeGiovanni has found success by displaying “rocks, fossils and more expensive stuff” on one side of the room, and toys and children’s items in a separate kids’ section.

That’s also an approach that works for Steve Silverberg, who installed a “Kids’ Cave” corner in the gift shop at Lost World Caverns in Lewisburg, W.V., where the plush and toys are at kids’ eye level — and the price tags are much gentler, so “parents don’t have a heart attack if they spill or break something,” Silverberg said. 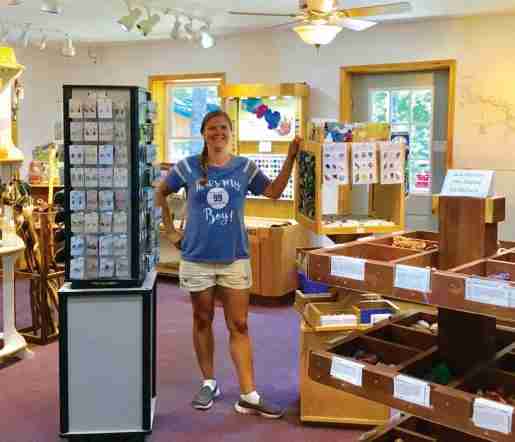 Jessica Van Wagner of Cave Spring Park. To sell more gifts and apparel, the owner stocks items made in the area.

Like DeGiovanni, Silverberg takes a different tack to sell apparel and gifts to adults. He has found that higher-end adult clothing actually sells better, and discerning shoppers will occasionally purchase huge gemstones for hundreds of dollars. In contrast, children’s tastes are fickle, parents are often stretched thin with multiple kids to buy for, and children on school trips come with an allowance budget.

“I think having a huge cross section of price range is key,” Silverberg said of his 3,000-square-foot store, which racks up $150,000 in annual sales. “I’ve got stuff out here for 50 cents. For three bucks, they can get as many rocks as they can stuff into a velvet pouch.”

And like many of his colleagues, Silverberg agrees that bright colors are a surefire win, particularly for apparel. “That’s the stuff we sell out of and have to reorder first,” he said.

Cave and cavern retailers say those T-shirts and hats move faster when they bear the attraction’s logo. At Mystic Caverns, Steve Rush sells just one souvenir T-shirt in his small gift shop — but it’s a top seller, he said, because it says “Mystic Caverns” along with a picture of the cave formation.

As a public lands partner store, White’s retail outlet is limited to inventory considered “interpretive” by the Parks Service — which is why this cave shop does not sell gemstones. But White’s team does brisk sales of shirts, books and other gift souvenirs, and the public tie-in is a big part of that. He said customers are more likely to buy apparel when they know that a portion of the proceeds goes to support the park.

“I know that people enjoy being part of a cause,” he explained.