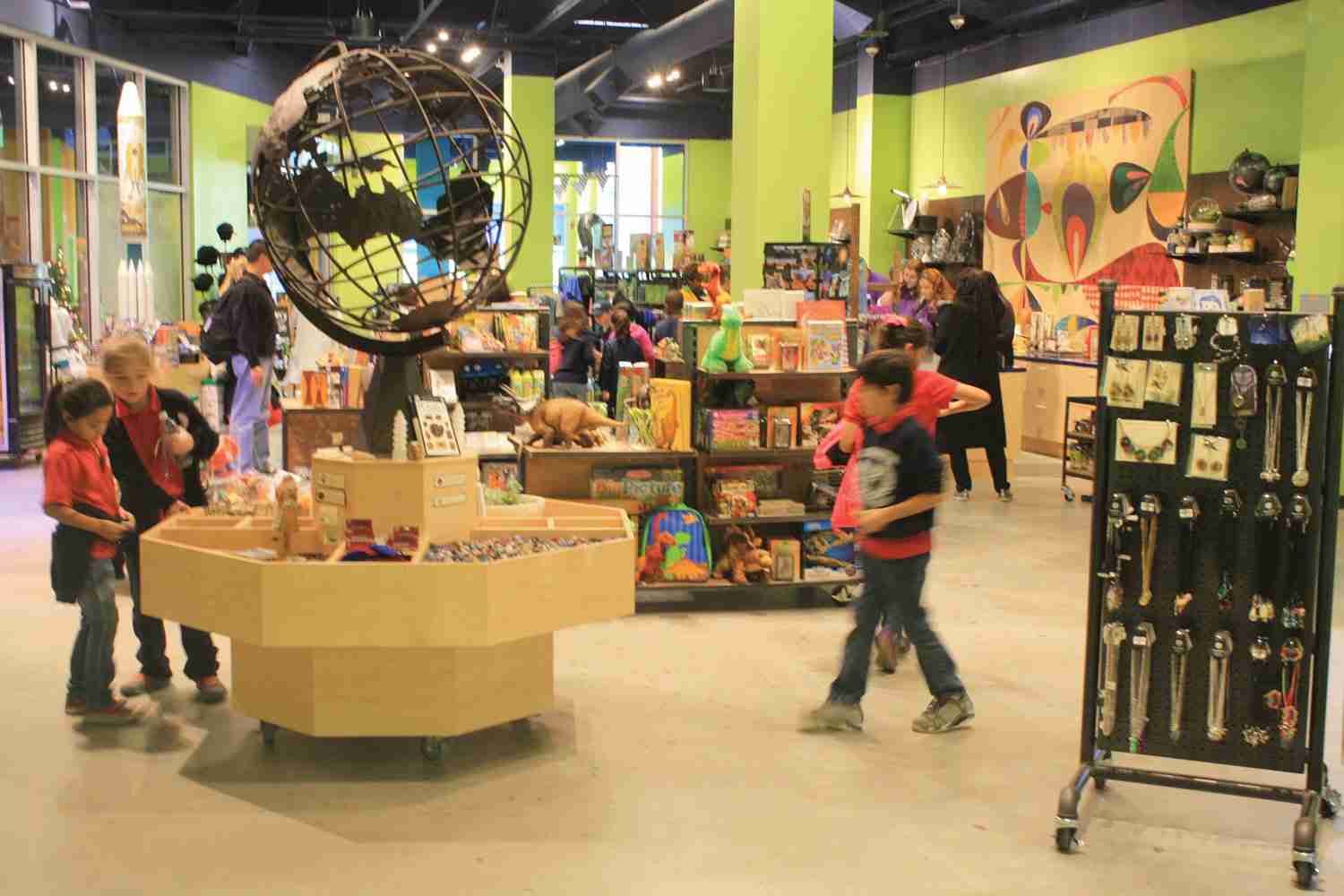 Exhibit-related toys and games sold at museum stores offer kids the chance to relive their museum visit long after it is over. For kids, it is all about the fun, while parents and grandparents appreciate the educational aspects of the toys and games museum stores provide.

Top Selling Toys and Games
What kinds of toys and games are top sellers at museum and attraction stores?
“All of our product is inspired by our mission,” said Heather Batman, retail buyer for Discovery Cube, which features interactive science-based programs and exhibits and has locations in Orange County and Los Angeles, Calif. “We are on a mission to inspire, educate and impact. Our products allow you to continue to let your imagination run wild and the science to continue long after you leave the science center. We have a large range of science kits that follow the STEM [science, technology, engineering and math] program, help with early childhood learning, environmental stewardship and healthy living. We have merchandise pertaining to each one of these areas that kids and adults can take home and use to continue their learning.”

All of the products at Discovery Cube, which has locations in Orange County and Los Angeles, Calif., are inspired by a mission to inspire, educate and impact, according to the retail buyer.

Top sellers in the 2,000-square-foot Discovery Cube Orange County gift store, which more than doubled in size in June 2015, are science kits, including geyser tubes, butterfly gardens, micro rockets, solar robots, energy sticks and others. Smarty Pants Flash Cards, Rubik’s cubes, cube bots, dinosaur replicas and rocks and fossil dig kits are popular sellers. The Discovery Cube gift stores combined sales in 2014 were approximately $600,000-$700,000; for 2015 the target was $900,000 and the future goal is to reach $1 million.
Across the country, at the small Sag Harbor Whaling & Historical Museum gift store in Sag Harbor, N.Y., the focus is on top-selling plush, figurines and items related to whales and the sea, said Store Manager Michael Butler. The 200-square-foot store also sells books about whales and features many items created by local artisans and craftspeople.
Toy sabers, figurines, soldier caps and other Civil War memorabilia are the top sellers at the 900-square-foot gift shop at Belle Grove Plantation in Middletown, Va., according to Executive Director Kristen Laise. The antebellum mansion, a National Historic Landmark, was occupied several times during the Civil War, including by Union General Philip Sheridan during the nearby Battle of Cedar Creek.
An hour away, at Echoes, The Manassas Museum Store in Manassas, Va., toys related to the Civil War are also top sellers. Manassas is famous in Civil War history for two major battles: the first and second battles of Manassas, also known as the first and second battles of Bull Run. Soldier caps and plastic toy soldiers sold in bags are especially popular. “Little boys never have enough of those,” said Store Manager Jane Riley, about the toy soldiers. Coloring books, stickers and train-related toys and games are additional best-sellers. Riley points out that Manassas is a “train city.”

Tips for Increasing Sales
To sell more toys and games related to museum exhibits, Riley said first get children interested in the museum and its displays and the sales will flow from there. “Then as soon as they come in the store they will buy [toys and games],” she said. The small Manassas Museum Store is in the museum’s lobby. Its gross sales last year were $120,000.
“One corner of the store is all the children’s stuff together,” Riley said. “As soon as kids come in they go right to that corner.”
At the Belle Grove Plantation store, which sees annual sales of approximately $10,000, the staff focuses on letting the public know that they sell children’s items related to the Civil War period so plantation visitors, including doting grandparents, will stop in.
“We get the word out through Facebook, our website and our newspaper advertising that we carry toys and children’s things,” Laise said. “We get a lot of retirees visiting the plantation and see a lot of shoppers who are grandparents. They are interested in buying more educational toys and games, and buy things like little Jacob’s Ladder toys, Civil War figurines and history-related games and books.
“We have also found that low-cost items do very well with kids,” she continued. “We get several school groups visiting a year and the kids bring pocket money. We have a rolled up parchment Constitution and Declaration of Independence. We have penny candy that costs a dime. These are popular with kids to take away—because they are low cost they are more of an impulse purchase.”
Website advertising is also the main way the Sag Harbor Whaling & Historical Museum store gets the word out about its exhibit-related children’s items. “We will highlight certain items that come into the shop,” Butler said. The store also strings plush and other toy items on the staircase near the cash register to take advantage of last-minute impulse buys.
Key to increased sales at the Discovery Cube gift stores are large themed display pieces that reflect the science museum’s mission. For example, the Orange County store features a rocket ship display and around its base are astronaut helmets, planet kits and other space-related items. At the 1,500-square-foot Los Angeles store, a metal dinosaur skeleton display features dinosaur merchandise below it.
Additionally, a knowledgeable and enthusiastic staff helps drive sales. “All of our staff is really knowledgeable about our products,” Batman said. “Every day they have to choose an item they want to learn more about so they are doing product knowledge all the time. The staff is constantly walking around the displays demonstrating how things work and explaining how great our items are.”

A Classic Take on Play <br>Enduring Toys and Games →