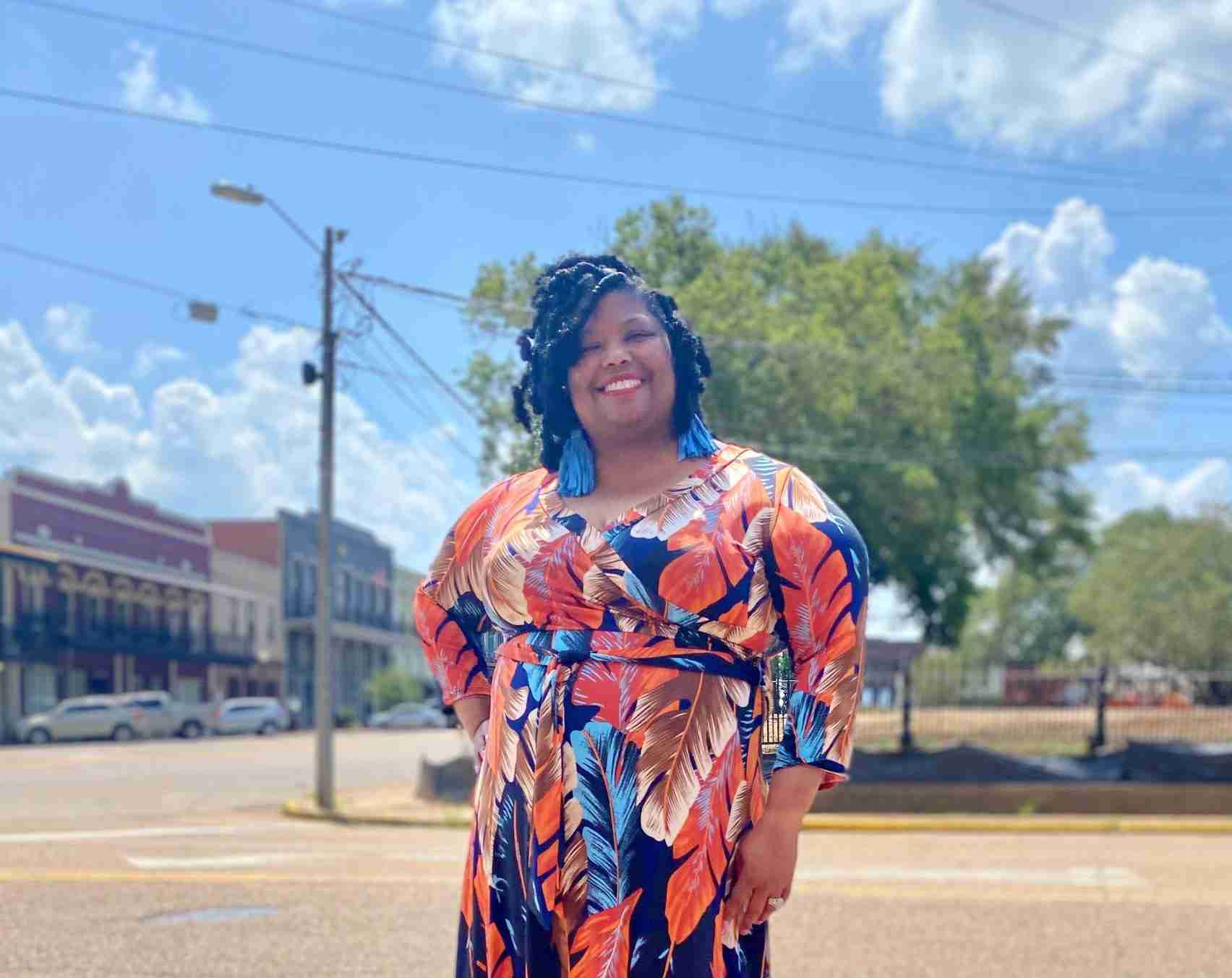 Tamika Champion had gone through difficult times — illness, divorce and more. “When I was going through things, God gave me beauty from ashes,” she told herself, citing the Isaiah Biblical verse. “There are so many hurting women out there; why don’t I do something for them?”
So three years ago, Tamika and her husband and business partner, Jimmy, opened Beauty for Ashes Clothing and Candles in Canton, Mass. The pair already had a sportswear business, and between their retail experience and personal touch, the store quickly became a fixture in their largely Black community. 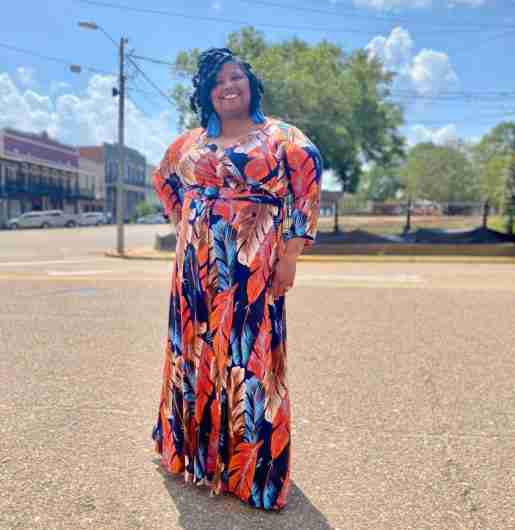 Owner Tamika Champion of Beauty for Ashes Clothing and Candles in Canton, Mass. Champion owns the store with her husband and business partner Jimmy Champion.

“Black-owned businesses are small businesses — Mom and Pop businesses,” observed Jimmy Champion. “To support Black-owned businesses helps these owners and their communities grow.”
In the nearly two years since George Floyd’s murder touched off an American racial reckoning, Black-owned businesses have seen a surge of appreciation. But like most small business owners, Black entrepreneurs like the Champions face a challenging environment dominated by big box, chain and online retailers.
“We’re in a part of town many people aren’t aware of, because many people don’t come to the Black parts of town,” Jimmy Champion pointed out. “So we have to market ourselves. We need not only Black customers, but also a diverse customer base.” 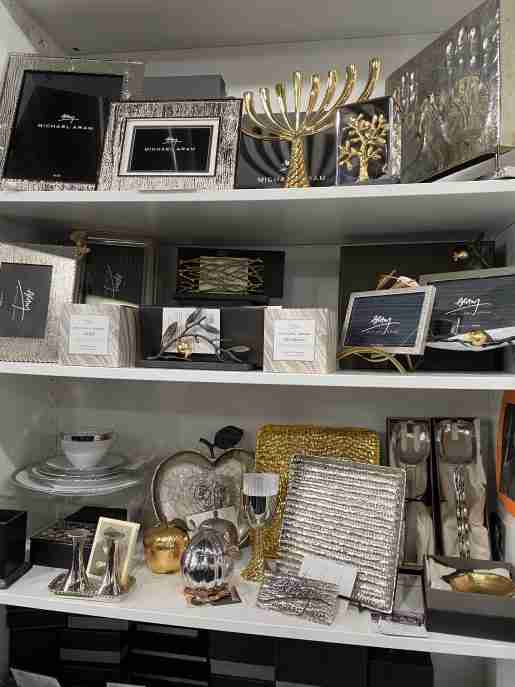 A display of home décor and religious items at ArtLoft. The work of artist Michael Aram is among the merchandise represented.

At Beauty for Ashes, shoppers love Tamika Champion’s candles and fragrances for things like healing or romance. Homemade inventory helps compensate for the supply chain disruptions that have caused widespread shortages. In addition to candles, lotions, sugar scrubs and other artisan beauty products, the boutique sells apparel and accessories. “We sell things that help women feel comfortable and be beautiful,” Jimmy Champion said.
In-person shopping is all about building community, according to Rachael Adadevoh-Woods, owner of ArtLoft Midtown in Detroit. “Not everybody wants to shop
online,” she observed. “I’m a people person. When you come in here, you get a live person to help out, a fitting room to try things on your body. And you can shop at the last minute for something.” Adadevoh-Woods believes her shop should be a welcoming space; with smiles and small talk, she strives to put at ease shoppers who might feel self-conscious in a small store. 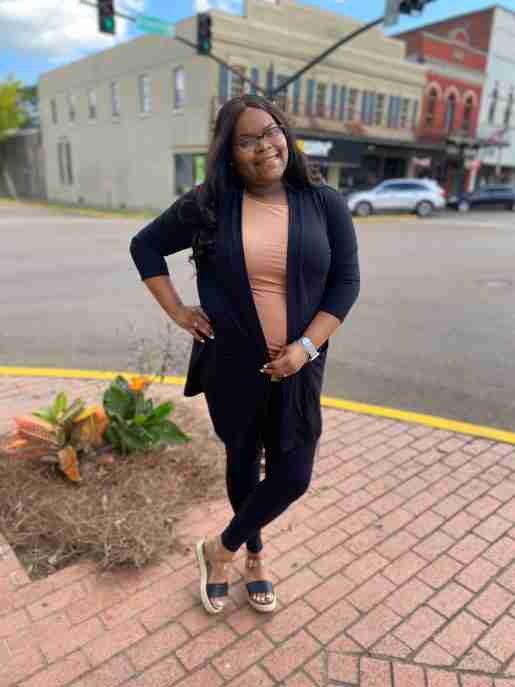 After two decades in the suburbs, Adadevoh-Woods wanted to be part of Detroit’s urban renaissance and moved into the 1,000-square-foot downtown storefront. She sells a mix of fashion, home décor, shoes and Judaica (Jewish ritual and art objects). “I’m all about inclusion,” Adadevoh-Woods said of this last category, noting that many Jewish patrons have become friends over the years. “I saw the need. I thought, why not?”
Adadevoh-Woods is originally from Ghana via London, and her boutique reflects a modern, cosmopolitan Black outlook. “Global lifestyle and functional art that is wearable and usable” is how she described her wares, sourced from artists, trade shows and her own jewelry studio. “People love unique. A lot of what I carry is one of a kind, or if it’s a garment, we may just have four — in small, medium, large and extra large.” 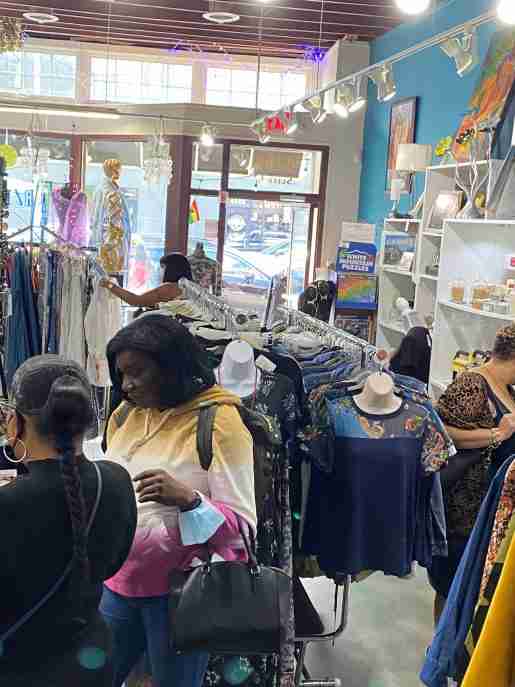 Shoppers photographed in the ArtLoft store. Customers get the benefit of help from staff members and the ability to
purchase a last-minute item.

Where possible, Adadevoh-Woods buys from Black vendors, “but they are few and far between,” she noted. In today’s retail environment, costs are high, profit margins often low, and small-scale production a difficult proposition.
Because of the racial wealth gap, Black entrepreneurs often face steeper financial challenges than their white counterparts. “A lot of Black-owned businesses feel they’re being left behind,” Adadevoh-Woods said. “They may not have family money, and getting loans can be more difficult.” That’s why Adadevoh-Woods is active in local fundraisers and organizations: “We need to help this community so we can help others.” 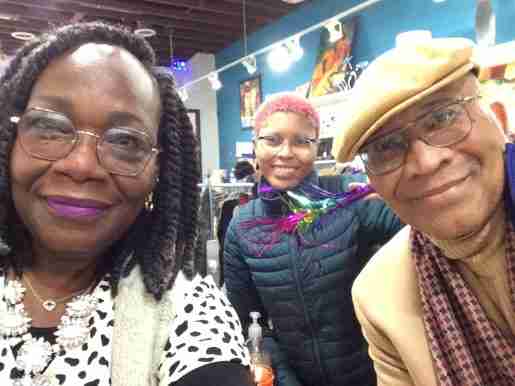 That’s the message that Jasmine McDonald, owner of Babes of the Wave in Los Angeles, would like to promote as well. McDonald launched her business in 2019, selling sunglasses and accessories online and complementing her e-business with pop-up sales events. Sunglasses and fashion studs are her top selling items; McDonald includes a personal thank-you note with every purchase she ships.
In lieu of actual models, Babes of the Wave posts pictures of clients wearing their purchases on social media. They in turn will tag her business online, developing relationships that go beyond transaction. Honest communication, McDonald said, is the core of customer service; if an order is running late, she’ll call to let the customer know. 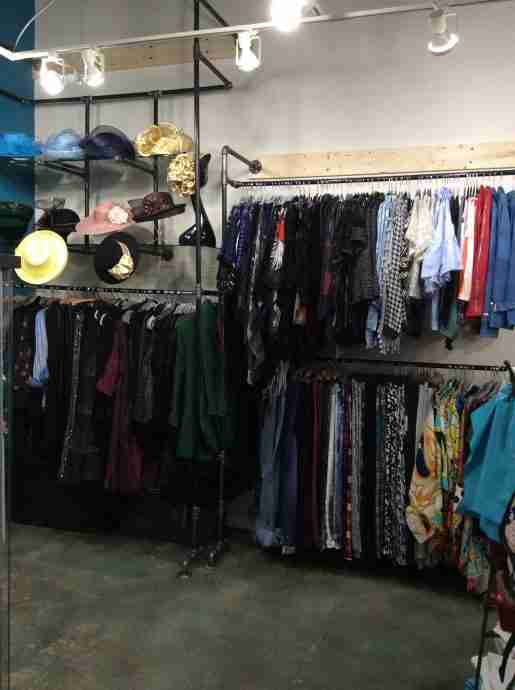 Apparel and hats on display at ArtLoft. Much of what the proprietor stocks is one-of-a-kind. In the case of apparel, she may stock one item type in four sizes only.

Three years in, Babes of the Wave has a devoted following of customers from diverse backgrounds. “When you support a Black business, you’re essentially supporting the dream,” said McDonald. “It’s important to keep the small businesses going; Ray-Ban doesn’t need it as much as we do. For me personally, it’s supporting a legacy I want to leave behind.”
Like other Black business owners, McDonald wishes there were more Black vendors to support. “I’ve never come across any,” she said.
That’s because, according to retailer Bryan Neely, there aren’t many left. “Especially right now, it’s difficult just to remain in business,” said Neely, who has owned Culture Exchange, a Philadelphia, Pa., boutique, since 1987. He patronizes Black businesses whenever he can. “Special help from people of your own ancestry helps solidify things — helps keep us going,” he said.
Neely originally envisioned his store as an international emporium; the slogan was “travel the world in the confines of our shop.” But exotic items didn’t sell as well as balloons, greeting cards, live flowers and plants. “We’ve ventured into vitamins and herbs, and they’re up there as well,” he said. 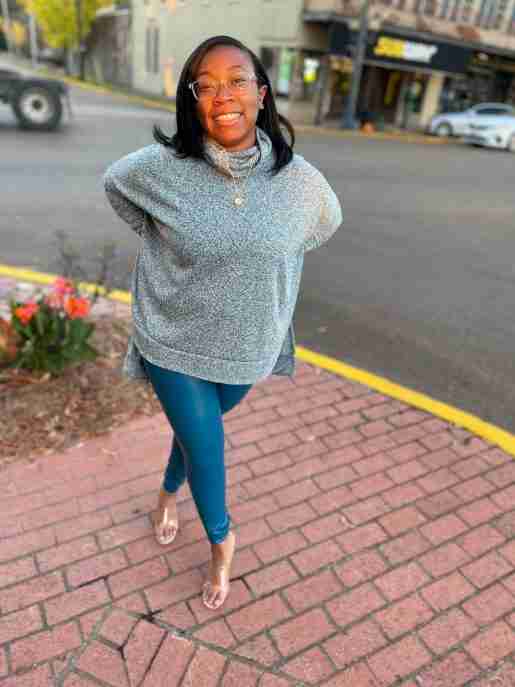 Across nearly four decades, Culture Exchange has become more than just a shop; it’s a community hub, and Neely’s customer service approach reinforces that. “Some people simply want to browse, and maybe they’re not prepared to spend right away,” he noted. “In time, if you’re respectful, they’ll eventually decide to support your business.”
A similar feeling animates Squash Blossom Boutique, which has two locations, in Atlanta’s Grant Park neighborhood and in the suburb of Decatur. Manager Chloe Benard encourages warm, friendly interaction that “gets our unique style out there into our neighborhood,” she said. 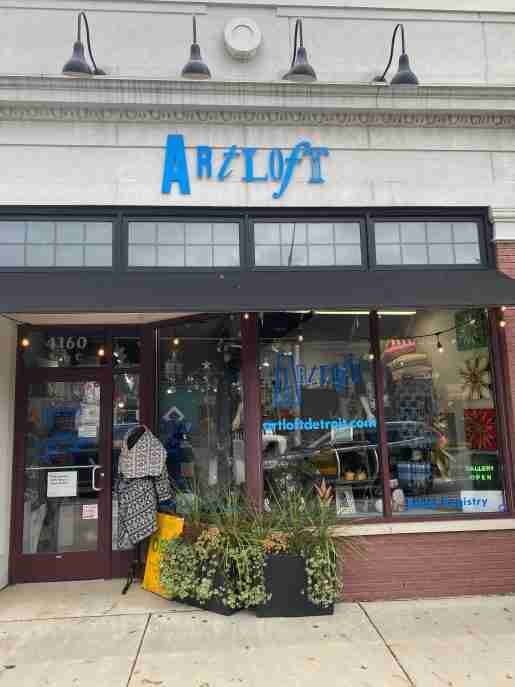 An exterior view of ArtLoft. After two decades in the suburbs, the owner wanted to be part of Detroit’s urban renaissance and moved into a 1,000-square-foot downtown storefront.

The 23-year-old business has a chic, boho aesthetic. Fashion, jewelry, art, stones and tarot cards represent both local vendors as well as lines from Africa, Israel, New York and Los Angeles. “We like to offer something a little bit different,” Bernard explained. When possible, Squash Blossom showcases Black vendors like Rebel Designs, a line of handmade jewelry and leather goods from Gina Riley.
Supporting Black-owned businesses, according to Benard, means cultivating a richer neighborhood spirit. “Smaller businesses are authentic and connected,” Benard explained. “But also, by showcasing Black business people, they can go beyond the community they’re in. It’s a step forward, and a breath of fresh air.”

END_OF_DOCUMENT_TOKEN_TO_BE_REPLACED

The Toy Association announced recently that Kimberly Carcone has been promoted to executive vice...