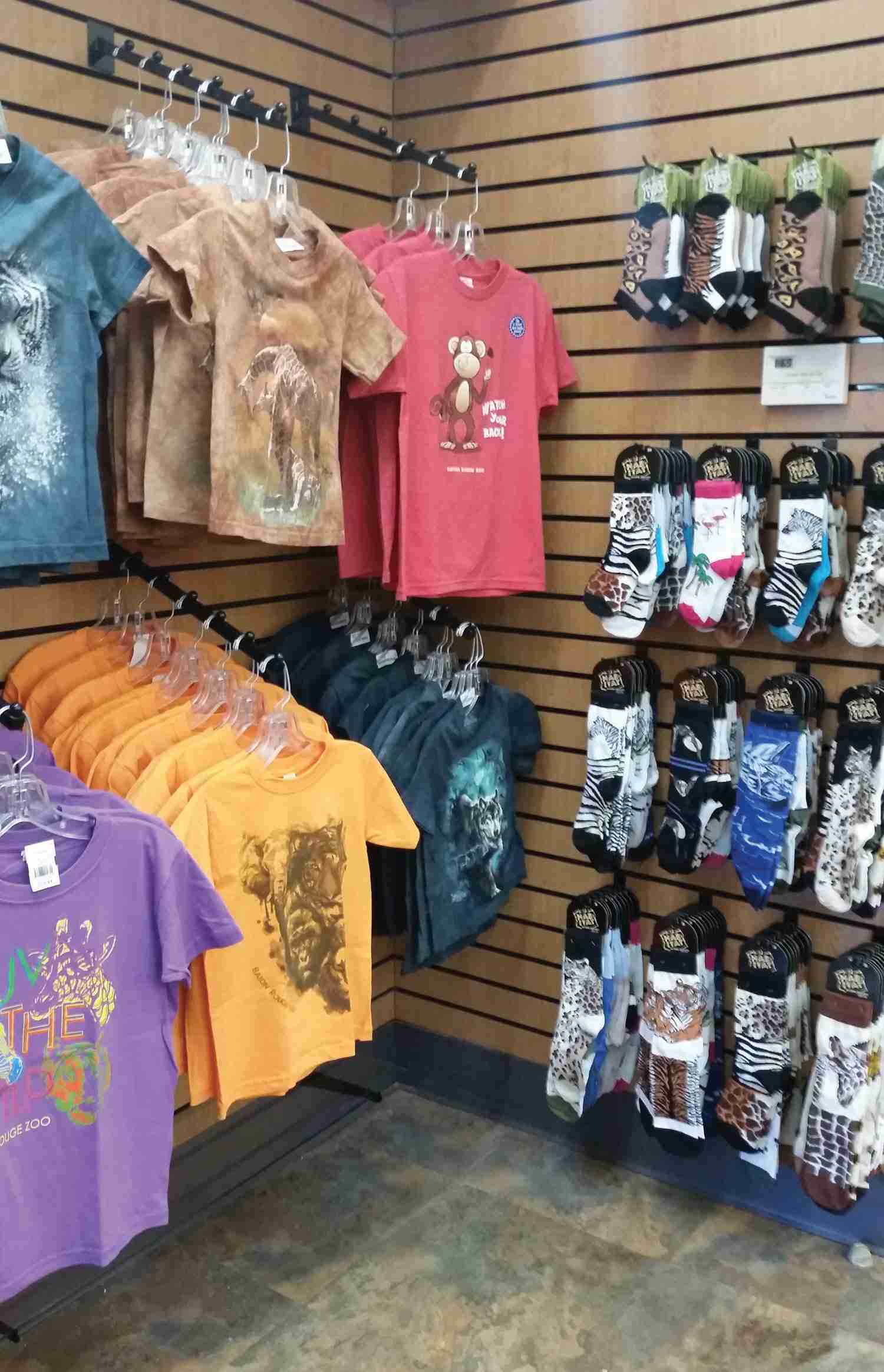 When zoo and aquarium visitors head to the gift shop, fashion isn’t foremost in their minds. But many of them still end up buying accessories like hats and sunglasses — instant sun protection that doubles as a souvenir.

Hats of all kinds, from baseball caps and visors to safari and bucket styles, were the most popular fashion accessory sold at zoo and aquarium shops in a recent survey. And sunglasses weren’t far behind. “I think they want a practical souvenir,” said Mackenzie Smith, who oversees the gift shop at the Erie Zoological Society in Erie, Pa.

Since zoos, in particular, tend to involve hours of walking around in the sunshine, many zoo retailers report that hats and sunglasses are a spur-of-the-moment purchase. “People come here and they’re out in the sun that they’re not used to,” explained Susana McHale, the retail manager for the Florida Oceanographic Coastal Center in sunny Stuart, Fla. “They may be going to the beach as well.” 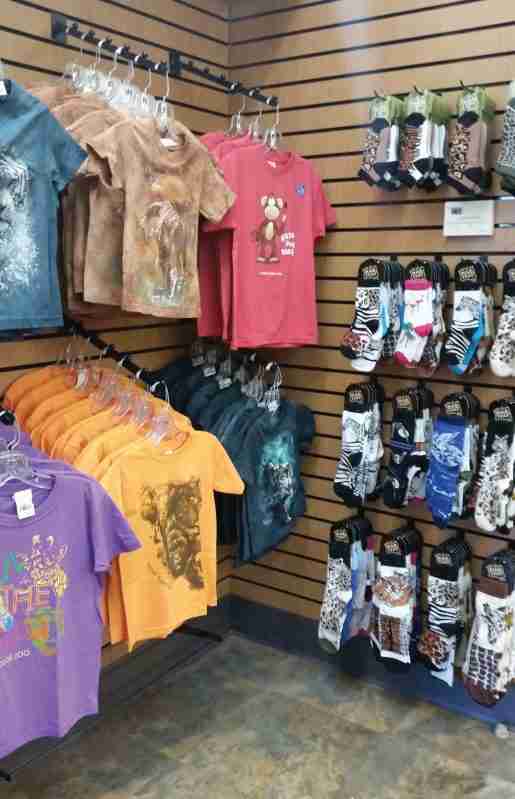 A view of an apparel display at the Baton Rouge Zoo. Socks are the current trend as a fashion statement, according to the shop supervisor.

To sell more hats for the whole family — along with sunglasses, which move well during spring break — McHale groups like items together, so a potential hat buyer sees all the choices at once. “A lot of people know exactly what they’re looking for, but some aren’t sure,” she explained.

Like many zoo and aquarium retailers, McHale also sells more hats and other accessories by name-dropping them — turning a practical sun hat into a souvenir. “Because our caps have the logo on them, we sell quite a few,” said McHale. Hats range from $7.99 to $19, boosting the bottom line at the 400-square-foot store, which does about $150,000 in annual sales.

Zoo logos or animal images are also strong selling points for the hats at Dickerson Park Zoo in Springfield, Mo., according to Guest Services Supervisor Joni Baurichter. “We don’t buy anything that’s too generic, that doesn’t have an animal or something related to the zoo,” said Baurichter. She also encourages sales by putting hats right at the entrance, along with a mirror for try-ons.

The same highly visual approach also works to sell more sunglasses, Baurichter added. The store carries basic youth and adult styles under $10, a price point that encourages the impulse buys (hats are also gently priced, $13 and under). “We cater to the needs of people,” Baurichter said.

That may explain why less immediately useful accessories have been hit or miss. Last year, Baurichter sold a lot of trendy long novelty socks featuring animals, pizzas and cheeseburgers, but “it’s hard to tell if it’s going to do well again,” she said, noting that she may not re-stock them for 2017. “We’re a smaller gift shop, so I have to prioritize. I’ve carried scarves before, for instance, and they haven’t done well.”

That’s the approach that works at Gatorama in Palmdale, Fla., where the best-selling accessories are, predictably, the ones that feature the iconic reptiles. Florida’s legendary alligators are the main attraction, said Gift Shop Manager Sarah Thomas, “so anything with alligators is what sells.”

The bright green, snapping-alligator logo is featured on Gatorama’s best-selling Florida swamp and bush hats, ball caps and visors in shades of tan, white and blue, Thomas said. Visitors can even buy bands of alligator teeth to adorn the crown of a safari hat. “I’m a hat person myself,” noted Thomas.

But sunglasses are a close second in the accessory category, especially in the Sun Belt. “They serve a dual purpose — protection of the eyes and as a fashion accessory,” said Carrol Shirey, gift shop supervisor at the Baton Rouge Zoo, which generates nearly $300,000 in sales annually.

In her sprawling, 2,300-square-foot retail space, Shirey boosts accessory sales by treating them as fashion as well as practical items, she said. That’s how she ended up selling tons of socks this year: “Socks are the current trend as a fashion statement, especially in sports,” Shirey said. She added that athletic socks have cross-cultural appeal for her diverse shoppers.

But since most of their fashion accessories are practical in nature, zoo retailers make a point of keeping prices low; an impulse hat or sunglass buy is unlikely to happen if the item in question costs $50. At the Florida Oceanographic Coastal Center, Susana McHale said she prices adult sunglasses at $16-26, roughly the same range as customers might find at a drugstore.

Pint-size styles for the youngest visitors are particularly strong sellers at many zoo gift shops, retailers noted. “Kids’ sunglasses are huge, because they’re hard to find in general,” McHale said.

Kids’ sunwear might also sell well because while parents will squint or turn red in the sun, they’re less likely to tolerate exposure for their children. That’s why shade-friendly bucket hats sell best for babies, toddlers and children at the Dickerson Park Zoo store, according to Joni Baurichter. “That first really nice day that they’ve got the kids out, they say, ‘Oh my gosh, we need something to keep the sun off of the kiddo,’” she said.