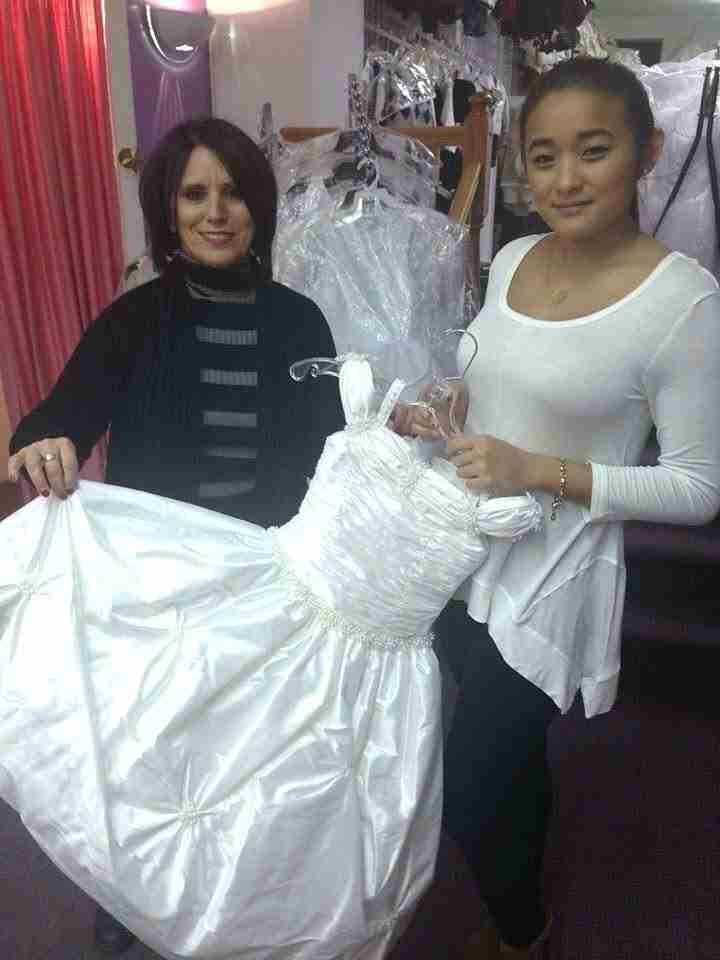 Few can pass a baby apparel shop without oohing and aahing over the merchandise. Something about infant clothing’s infinitesimal size, sweet details, and hopeful nature prompts people to purchase items for babies with whom they may only have a passing acquaintance. The following five stores reveal the colors and styles that capture shoppers’ imaginations in their region of the country. 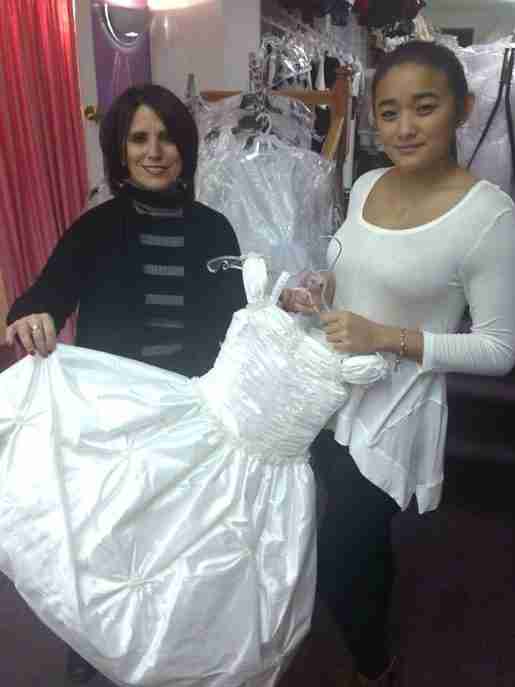 Muted colors rule at Baby Bump Maternity & Children’s two locations in Louisiana. “Soft grays, soft pinks, soft blues are favorites,” said Robbie Allen, who owns the New Orleans and Baton Rouge stores with his wife Julie. However, things kick up a notch as Mardi Gras season descends on the region. Both of the 1600-square-foot establishments see purple, gold and green dresses, polo tops and, yes, even onesies getting snapped up by patrons.

Style-wise, Baby Bump’s young fashions lean towards the traditional. Smocking details are always in vogue. Ditto bubble rompers for boys and girls. “One of our most popular brands is Magnificent Baby. Their Magnetic Me™ footies have magnetic fasteners so you don’t have to use your fingers to button up buttons. They just snap together,” said Allen. Two piece sets from KicKee pants are well-liked for the toddler set. “And then of course, dresses all the way. Popular lines here in the south are The Beaufort Bonnet Company and The Proper Peony. Their fashions are all about sweet southern charm,” he added.

Traditional colors win the day at Goodhearts Children’s Shop in Reading, Mass. “We are mainly a baby store so pink and blue are definitely our most popular apparel colors,” said Karen Martignetti who co-owns the store with her business partner Amy Collins. “We sell a lot of smocked dresses and special occasion items, including take-me-home outfits for bringing newborns home from the hospital,” she continued. Their number one silhouette is the footie and at Goodhearts, patrons can count on finding inventive versions of this good old baby standby. “We carry unique footies featuring ruffles or flowers or something appliqued on them. Different than what you’ll find at the mall,” Martignetti concluded. 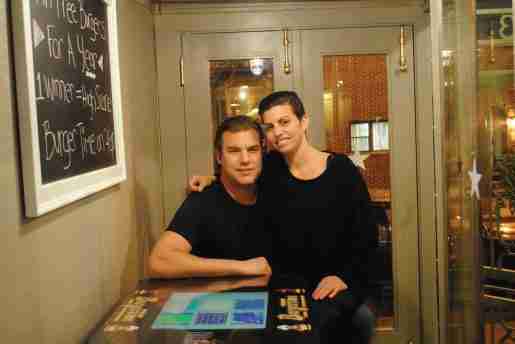 Mary Fioravanti, partner, A Star is Born. An “older” look for children’s apparel currently starts at a very young age, according to the store’s owner.

Pink never falls out of fashion for baby through seven-year-old girls at The Children’s Boutique in Philadelphia, Pa., according to Owner Linda Berman. She pinpointed navy blue for boys. “But gray is the new hot color. It’s the new neutral. It used to be yellow, turquoise and green but now both boys and girls are wearing a lot of gray. Heather gray – little gray stripes, gray polka dots. All are wildly popular,” Berman said. “And black and white are also very popular for young children whereas they never used to be,” The Children’s Boutique is something of an institution in the area, having been in business for 52 years.

“Little girls love all the dresses that have the appearance of a tutu skirt,” said Berman, when queried about her most popular apparel styles. She sees lots of tulle coupled with lycra tops sashaying out the door. The 2000-square-foot retail establishment prides itself on classic styling and carries clothing made by the London designer whose fashions are frequently worn by Princess Charlotte and Prince George. However, Berman did note a recent interesting trend. “Faux fur has been tremendously big this fall. Anything soft and fuzzy. We had little baby vests from France that were precious. And sherpa sweatshirts. They’ve been very popular.”

At Bringing Up Baby, a children’s boutique in Boston, Mass., Owner Sandy Sidoti occasionally observes something akin to an anti-pink movement among moms-to-be. “But when the baby is finally here, they discover how beautiful little girls look in pink. Toddler girls love pink. At age three or four, they latch onto purple. And after age five, blue gains in popularity,” she said. Meanwhile, sweet blue is nice for boys under a year but after that, it’s all about navies, grays and reds. Boys don’t care as much about the colors as girls do, Sidoti stated.

Meanwhile, an apparel style that is rapidly gaining traction at Bringing Up Baby is urban chic. “Parents are more willing to spend money on really nice, quality day wear versus dresses and fancier clothes. So, soft pants and soft cozy tops,” noted Sidoti. “But it has to be edgy and it has to be chic, at least here in the city. It’s all in the details, really.” The 1,100-square-foot shop sells a lot of hats – scally caps for instance, which are great for girls or boys. “I would say the trend is really edgy, for instance drop-crotch pants. Think grunge baby day wear.” 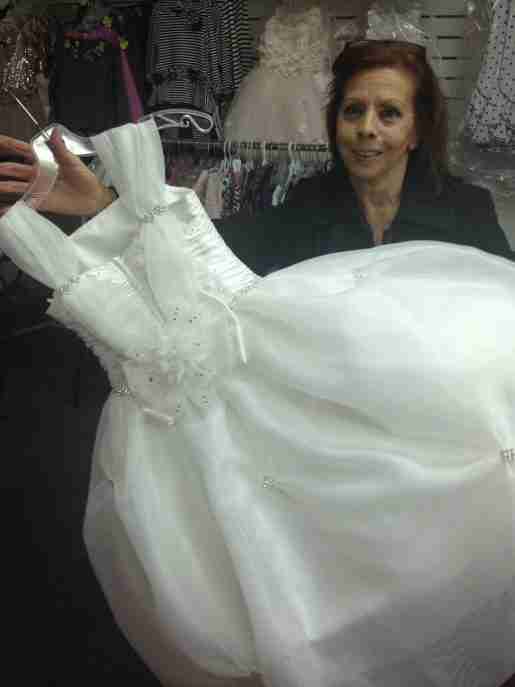 Mary Fioravanti, partner, A Star is Born. An “older” look for children’s apparel currently starts at a very young age, according to the store’s owner.

Baby clothes are the most popular apparel items purchased at A Star Is Born, an infants and children’s boutique in Philadelphia, Pa. “Everybody wants to shop for a new child and very traditional colors remain popular for new babies. So, pink for newborn girls and blue for newborn boys. That’s just the way it is,” said Owner Marlo Dilks. She noted that some parents who want to get a little funkier will lean towards hot pink, or in some instances, even some leopard for girls, but light pinks are definitely the most popular. Dilks has also watched tie-dye emerge as an option. “Tie-dye pink, tie-dye blue for babies and also for older kids. It’s very popular.”

Style-wise, baby sleep bags or sacks have been trending for the last few years at the 700-square-foot, family-owned shop. “Some have drawstrings, some have an elastic bottom that expands to fit over the baby’s head. Girls’ styles sometimes feature lace trim,” said Dilks. Then, as babies age up, their fashions starts to mimic what the adults around them are wearing. “Right now, we’re seeing exposed shoulders and bell bottom-sleeved tops for little girls, print shirts, fedora hats and cargo pants for little boys. The older look starts at a very young age now,” Dilks concluded somewhat ruefully.

Taking Charge in a New Era

Scott C. Borowsky As you run your business in a new era, keep your eyes and ears open to find...

END_OF_DOCUMENT_TOKEN_TO_BE_REPLACED

Giving Shoppers What They Love

Soap and Candle Sales for the Fun of It Victoria Elizabeth Thomas started The Pink Tub, her...