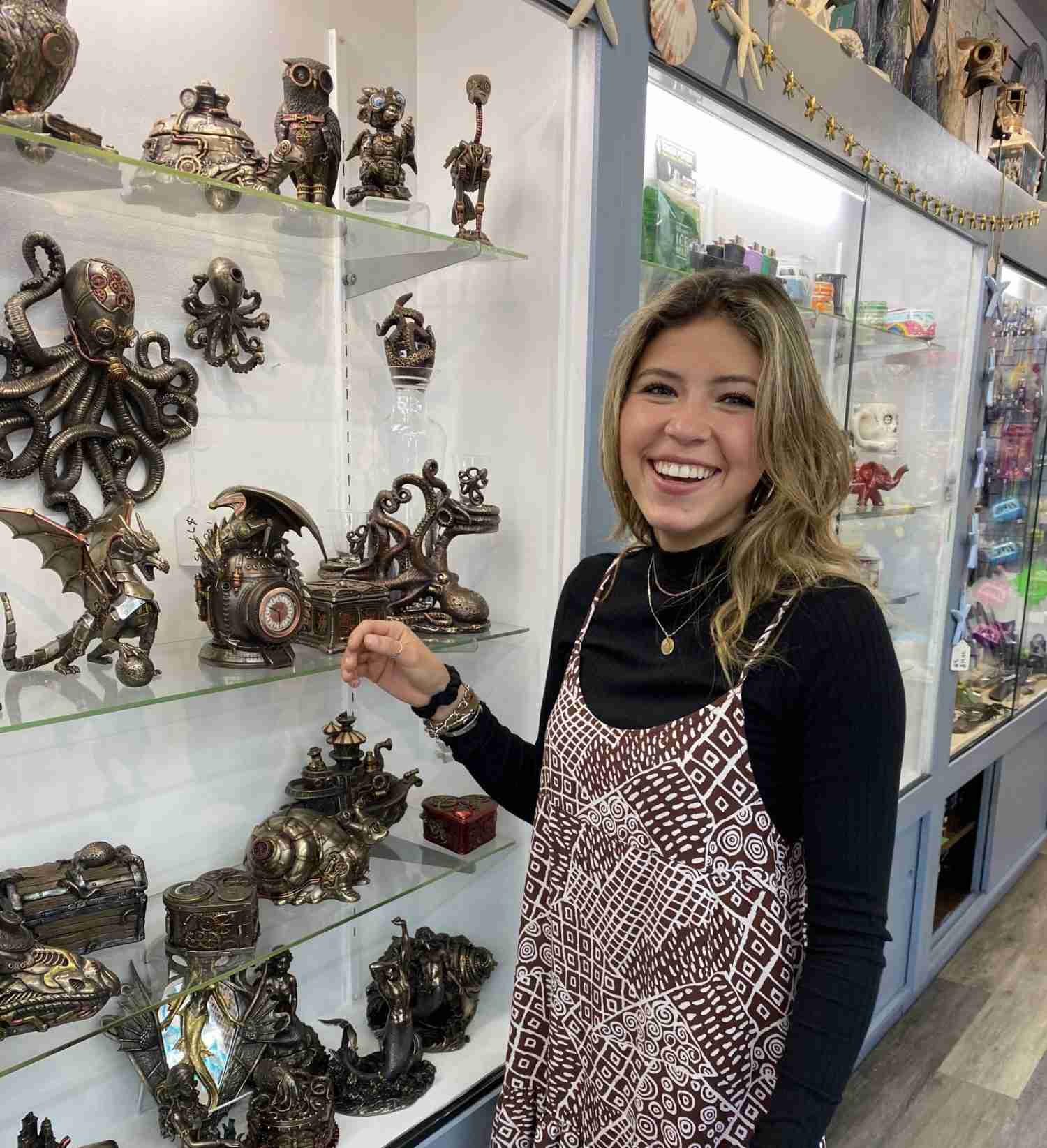 For this article, beach shop owners discussed their top selling items along with the challenges they are facing for the summer selling season. 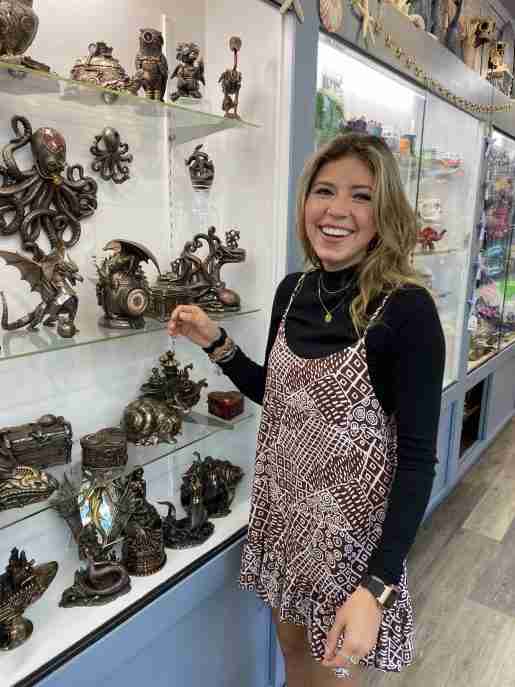 Employee Monique shows some of the many nautical-themed items that are available at Pier Gifts.

The Gay Dolphin Gift Cove, in Myrtle Beach, S.C., has something for everyone, said Owner Justin “Buz” Plyler. Of his 35,000-square-foot store, Plyler said, “It’s so big because we try to satisfy niches. Everyone who comes to the store finds something there that they both find beneficial to their vacation and fun. We have an enormous amount of things that apply to your stay at the beach.”
The store also aims to appeal to all generations, beginning with the children in a family. “We have probably four generations in a family that come to the store every year. And, the children will be introduced to the store by the way of the toys,” he said. “We have all manner of toys, which we keep down low, for the children to be able to pick up. My thinking is that there are things that create initial contact with the customer. The little children come back, and we try to have something for every age group.”
In addition to toys, the Gay Dolphin Gift Cove stocks thousands of items that are manufactured in-house. From postcards to seashell decor to bicycle name plates, numerous items are produced by staff. “We carry the staff through the winter with a full 40-hour workweek. We needed something to keep them busy and to get some return on, so we began manufacturing things out of seashells,” Plyler said. He added that his wife, Michelle, who also manages the shop, has played a large part in developing the items: “The success of the shop and of our products have been largely due to her graphics arts skills and her tremendous computer knowledge. She has been responsible for so many of the items we have produced. In all aspects of the shop, she has worked very hard,” he said. 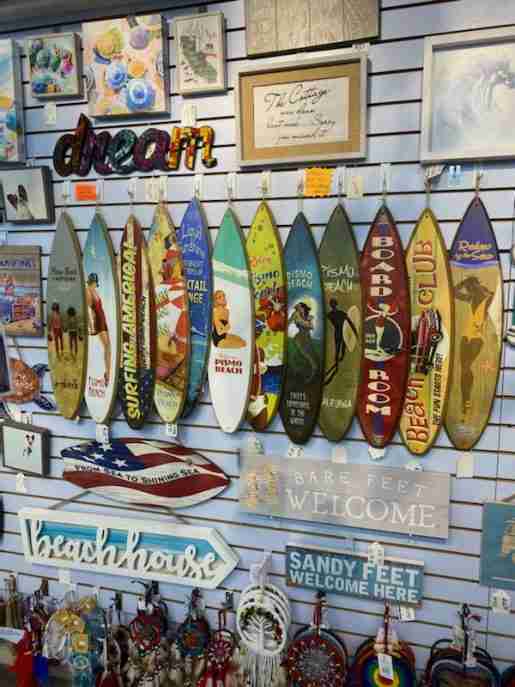 Beach-themed items, and
name-dropped gifts featuring “Pismo Beach” are some of the most popular at Pier Gifts.

But, like many employers across the country, the Gay Dolphin is experiencing a shortage of staff as it starts the busy summer season. “When you’re this size, it’s a wild ride. Every year’s a challenge. This year the challenge has been primarily the labor,” Plyler said. He added that it’s the extra things that the shop does that helps it retain employees: “We’ve always had a great relationship with our staff. They refer people to us and we’ve been able to stay in business. Right now we’re probably running with 35 or 40 people – it’s hard to run the store with that. We need 50. But, everybody has pitched in; everyone has done a good job.”
Terri Custer, owner of Pier Gifts in Pismo Beach, Calif., has witnessed staffing issues as well. “We’ve had to reduce our hours because I can’t work the great staff that I have into the ground. When you’re open seven days a week from 9 a.m. to 9 p.m., it gets a little hard. So we started opening at 10 a.m. and closing at 8 p.m. And we just try to be more cautious about how we’re scheduling,” Custer said. 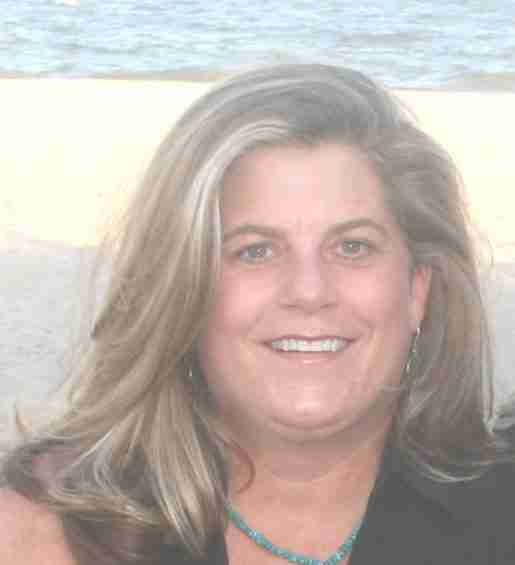 Custer bought the shop 31 years ago, and in the past year was able to also purchase the building where the store is located. “We have about 11,000 square feet of sales floor, and I probably have that much in the back with office and storage, which helps us keep a lot of product moving without having to go to a storage unit to get it, so that’s been helpful to us,” she said.
The shop is divided into three sections. “We have clothing, souvenirs and gifts. And, we try to sell everything. I don’t want to be reliant on just one product,” Custer said. “We try to stay on-trend but always beach-y. We’re at the beach; that’s why everybody’s here. We do a lot of name-dropped garments, that have ‘Pismo Beach’ on them, a lot of souvenirs, nautical gifts and shells, you name it.” 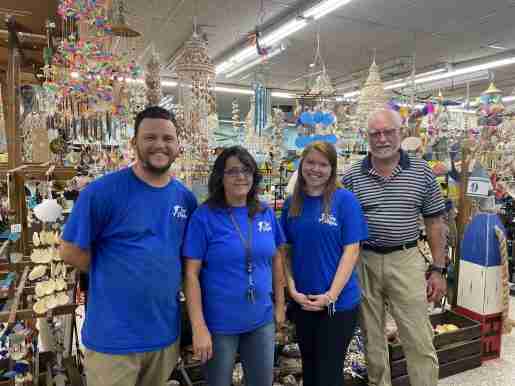 Owner Justin “Buz” Plyler and staff of the Gay Dolphin in Myrtle Beach, S.C., pose in front of some of the store’s popular seashell items.

Other top products for Pier Gifts are marijuana-themed gifts, Custer said. “They say things like ‘California, Legalize It’ – it’s been so huge and sells like hotcakes. People also like our ‘Toast and Roast’ mugs and other fun little marijuana-themed things.” Beach-inspired jewelry and tie-dyed garments with either soft or bright colors are also popular this year, she said.
Pier Gifts is a family business, with Custer’s daughter Nicole helping to manage the business and poised to take over when Terri retires. “We love it; we love our customers. Everybody’s on vacation and generally in a pretty good mood. Even in the last year, we’ve been very busy because so many beaches were closed in California,” she said. “Right now we have a lot of Californians getting out of LA and San Francisco and coming down to something smaller, and a little softer and more friendly feeling. Overall it’s a very nice little beach town business,” she added.
Blue Room Gallery and Gift Shop was opened by Owner Clare Conley in 1994 in Bethany Beach, Del. What began as a fine art gallery has evolved to an eclectic mix of art prints, unique items for the home and gifts. One of the shop’s biggest sellers is a line of beach posters. “A local artist has developed, so far, 85 of these Art Deco style posters. We have Bethany, all of the other local beach towns and more. They’re a big seller,” Conley said. 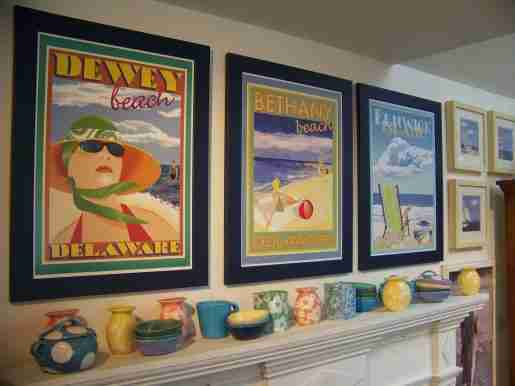 Popular items at the Blue Room Gallery and Gift Shop include posters of nearby beaches designed by a local artist.

The 500-square-foot shop also stocks a selection of items from around the world, including items made throughout the United States, as well as ones from Italy, Spain, Egypt, South America, South Africa, Kenya and more. “You can almost take a trip around the world with the amount of countries that we sell from,” Conley said.
One item from a company based in Australia has brought the store a lot of attention, Conley said: “I started putting out a beach umbrella that looks like a cabana. I make this whole display outside with the cabana and my Turkish towels and prints, which are some of my best-sellers. That display has really captured the attention of the customers walking by making them want to come in.”
But, as a retailer that carries such a variety of items, the shop has experienced some supply chain disruptions due to the lingering effects of the pandemic, Conley said. “Some of my best-selling products have been delayed. It’s just taking longer to get the products. So, I’m really having to think ahead with my ordering,” she said. 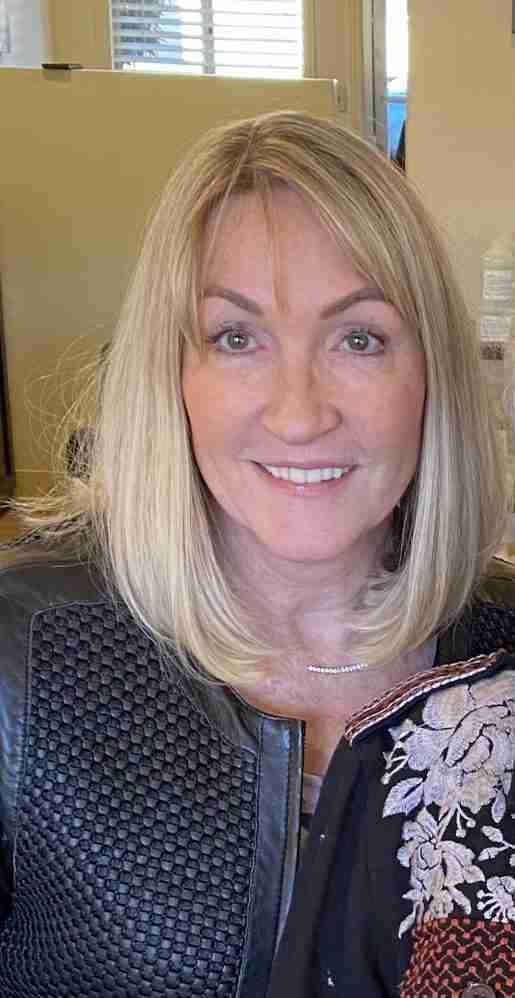 Shown is Terri Custer, who has owned Pier Gifts in Pismo Beach, Calif., for 31 years.

Shoppers eager to enjoy their time at the beach has also created a bit of a challenge, albeit a good one, she said. “One of the positive things out of the pandemic is that our season is starting earlier. So we’ve been getting our stores ready earlier and need to get all of our product earlier since we’re busier earlier,” she said. “It is a little bit of a challenge with the workload, but it’s a good thing in the end.”