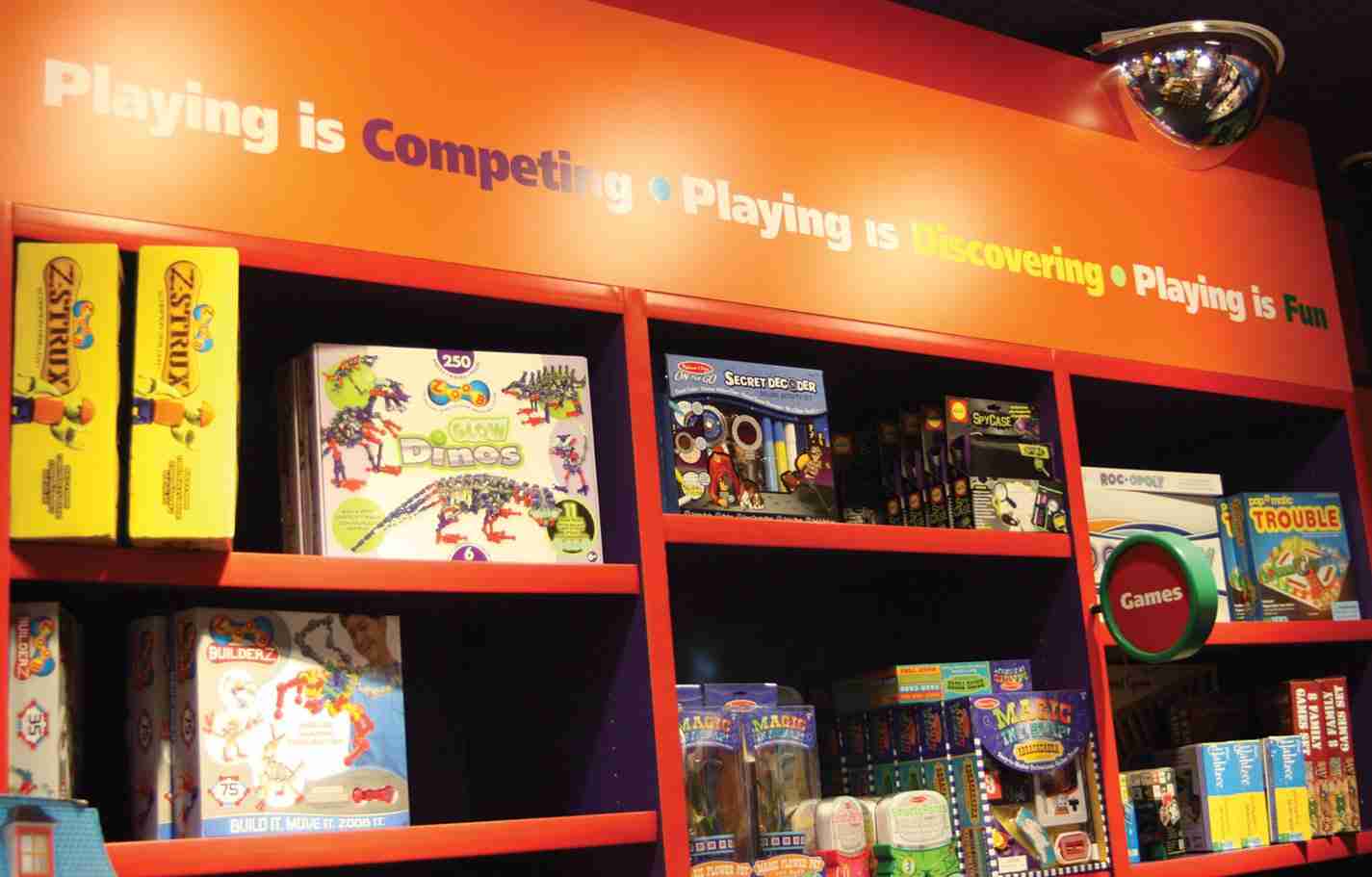 Big Bird, Cookie Monster and Slinky captivate the pint-sized shoppers at Everything For Play!, the gift shop of The Strong National Museum of Play in Rochester, N.Y., — as well as their older siblings, their parents and even their grandparents.

And that’s deliberate. Shane Rhinewald, a spokesperson for The Strong, said the nation’s only dedicated play-themed museum is determined to engage visitors of every age, and to send them home with merchandise that reflects that engagement. “Our shop is dedicated to play, and to letting our guests take that experience home with them,” Rhinewald said. “And we believe play is important for all ages.” 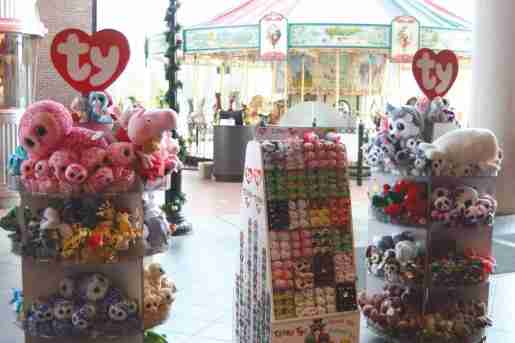 Plush displays with a carousel in the background at the Strong National Museum of Play. The museum boasts the world’s largest collection of toys, dolls, games and other artifacts related to play.

The Strong boasts the world’s largest collection of toys, dolls, games, and other artifacts related to play — more than 450,000 items spread out over 100,000 square feet of exhibits. They include up-to-the-minute trends like Pokémon Go, as well as classic entertainments at the National Toy Hall of Fame and the recently opened World Video Game Hall of Fame.

Nostalgia is a big factor in generating sales at Everything For Play!, said Rhinewald. “One of our favorite phrases that we always hear around the museum is, ‘I had that,’” said Rhinewald, who added that next comes reminiscence about the toys of youth. “We have a few exhibits that really speak to parents and grandparents, so you’ll find a lot of parents reliving their childhood.”

That helps explain the enduring popularity of Sesame Street characters, who began enchanting PBS audiences in the late 1960s and remain the top sales category for Everything For Play!, said longtime Manager Jessica Silva. She said anything Sesame Street is a strong seller, from plush to games, books to puzzles.

And parents who were young in the 1970s and ‘80s are drawn to that era’s iconic videogames like Pac-Man, said Rhinewald. “They love to share those games with their children” at the exhibit, he added, which naturally segues into a sale.

Of course, just about everybody at some point played with a Slinky, Etch-a-Sketch, and yo-yos, classic toys that are also top sellers. “We try, as much as possible, to carry the items [that are] in our National Toy Hall of Fame,” explained Silva, who has logged 13 years at Everything For Play!.

Silva and Rhinewald say the popularity of those playthings reinforces both the bottom line and the Strong’s overall mission, which is to place playthings in historical and cultural context. “When you look back at toys, you can tell what’s important at any given time,” said Rhinewald, citing as an example the paper Lionel trains sold during World War II, when the usual metal was at a premium.

Gentle pricing is a core strategy at Everything For Play!, where Silva cites the $9.99 price point as the consistent winner. One reason for that is the popularity of the store among regular customers: While The Strong has 550,000 annual visitors versus 16,000 member households, at least one-third of retail sales are to members, reflecting the frequency of their visits. And frequent shoppers, Silva explained, are likely to spend less on any given visit.

That retail pattern helps explain the popularity of Ty collectible plush toys, which rival Sesame Street for top sales. At $6.99 apiece, the latest iteration — tiny Beanie “Boos” with huge eyes — are “an easy pick me up, kind of hard to say no,” said Silva. A huge variety of styles is an added enticement, as is the fact that Ty, while slightly more recent than Sesame Street, is nonetheless a collectible tradition at this point.

Rounding out the best-sellers are toys from the Melissa & Doug line, much beloved by parents for their wooden details and wholesome, non-toxic image. “We carry their entire line, which is pretty ambitious,” said Silva. “It’s really solid with our guests.” That full line spans everything from wooden toy cars to an elaborate, three-figure play kitchen set, but Silva said the top selling item is a $4.99 activity pad with stickers and coloring.

One category the Strong doesn’t carry much of is books, an exclusion that may seem surprising. But Rhinewald explained that the museum itself has a lending library that is part of the Rochester Public Library system, and the availability of free books somewhat undercuts the potential for retail book sales. So in order to maximize profit at the 2,500-square-foot store, The Strong mostly stocks books that tie in to a specific museum theme or exhibit, Silva said.

A game display at the Strong National Museum of Play’s store. The $9.99 price point is the
consistent winner for the shop.

The tie-in approach is part of the overall sales strategy at The Strong, as it is for many museum stores. A play museum has a natural advantage, of course, since much of the  exhibition material relates to retail objects. Silva cited the ever-popular Superhero permanent exhibit as a major driver of related merchandise, and a recent Star Wars show generated hot sales of Star Wars licensed items, she said.

To sell more of those licensed tie-ins, Silva’s team makes sure the toy displays are eye-catching. For her, that means eliminating clutter around the items. “I’m a mom, and I really just want to see the product itself,” she said. “If it’s appealing, you can see it and it’s attractive packaging, it sells itself.”

Well, maybe not quite. Silva has found that the best way to sell games, in particular, is to get the staff knowledgeable and excited about the merchandise — and the enthusiasm becomes contagious. “I remember a game I saw — it was hard to tell from the packaging, but I played at the Toy Fair and it was so much fun, I couldn’t stop playing it,” recalled Silva of one eventual best-seller. “When we got back, we got together with the staff and all played it; they couldn’t stop talking about it.” That same strategy fuels sales of the top-selling game Bananagrams, “which looks weird, with banana-shaped packaging, but it’s been one of our best games,” said Silva.

“I like to get unique games, fun games, something’s different — that you’re not going to get in the big box store.” It’s a philosophy that fits a truly unique museum. ϖ